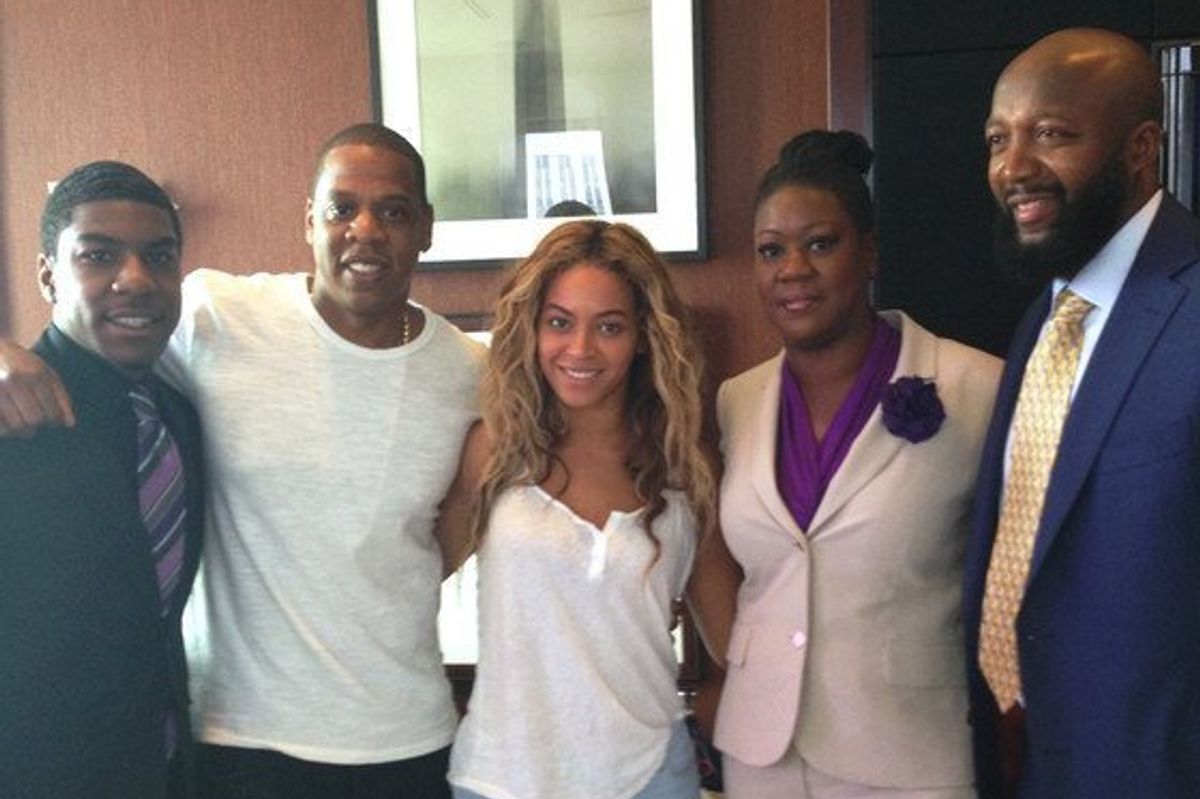 Has Beyoncé Recruited The Mothers Of Trayvon Martin, Michael Brown And Tamir Rice To Appear In Her Next Video?

Today the Internet is a-titter with a multitude of possibilities, including the rumor that Beyoncé may be working with the families of black men and women affected by police brutality -- namely the mothers of Trayvon Martin, Tamir Rice and Michael Brown -- for a forthcoming music video.

That's right, the rumors began buzzing over the weekend once photos of Jay and Bey visiting social justice rallies for Freddie Gray and Trayvon Martin began re-surfacing -- alongside a picture of three mothers whose children were slain by police. As such, the prominent BeyHive fan account, as well as several huge news outlets, seemed to take this as a sign that a powerful collaboration could be in the works, speculating that these women will be holding photos of their deceased loved ones in all black for the still-unnamed video.

Over the last 3 years, Beyoncé has attended peace rallies and met with the families of Trayvon Martin & Freddie Gray pic.twitter.com/aZbfN57wZh
— THE BEYHIVÉ (@TheBeyHiveTeam) March 26, 2016

IF YOU THOUGHT BEYONCÉ HAD RACISTS SHOOK WHEN SHE DROPPED FORMATION & PERFORMED AT THE SUPERBOWL, SHES COMING AGAIN! pic.twitter.com/0khSn8m9YS
— Beysus † Godga (@GagaLovesBey) March 26, 2016

However, take it all with a grain of salt, as none of the women have commented on whether they're working with Beyoncé just yet -- and we are reaching peak BeyHive frenzy for new album news. Though we do have our eyes on April 4th, so let's not all speak too soon. Hm...fingers crossed that Bey's about to drop a culture-changing album?