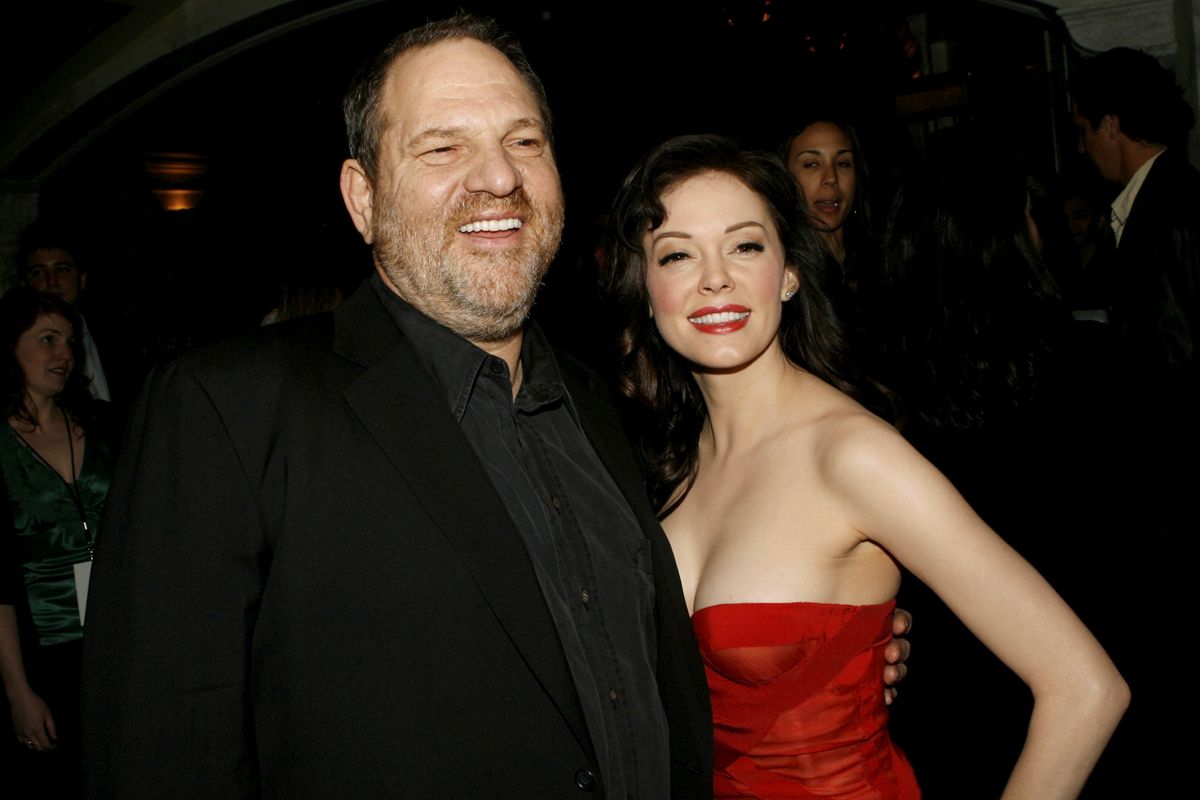 No one has heard a peep out of Harvey Weinstein since he denied sexual abuse allegations from Salma Hayek (and of course, after he was slapped in public). As far as we've known, Weinstein has been sitting pretty while receiving "treatment" for sex addiction in a plush rehab facility in Arizona... but now he has broken his silence.

Rose McGowan's docuseries Citizen Rose debuted on Sunday night and has apparently forced Weinstein out of hiding, particularly given in McGowan's book, Brave, she writes that she informed both her manager and co-star Ben Affleck that Weinstein forced oral sex on her at Sundance Film Festival, shortly after the incident. Affleck, McGowan writes, responded, "Goddamnit! I told him to stop doing that!" It's worth nothing that Weinstein settled with her for $100,000 at the time and a decade later offered her $1,000,000 to sign a non-disclosure agreement.

Now, Weinstein is denying the assault ever took place, using emails from Ben Affleck and McGowan's former manager, Jill Messick, to do so. The note from Ben Affleck was dating July 26, three months prior to the full Weinstein story breaking — meaning Affleck likely had no idea what was coming when he wrote that email.

"[Rose] never told me nor did I ever infer that she was attacked by anyone. Any accounts to the contrary are false. I have no knowledge about anything Rose did or claimed to have done," Affleck reportedly wrote at the time.

Jill Messick also apparently threw McGowan under the bus in the correspondence, in Brave, the actress specifies that Messick coached her to see Weinstein's assault as beneficial to her career. Messick's email read:

"When we met up the following day, she hesitantly told me of her own accord that during the meeting that night before she had gotten into a hot tub with Mr. Weinstein. She was very clear about the fact that getting into that hot tub was something that she did consensually and that in hindsight it was also something that she regretted having done."

Read the emails here and remember, over 90 women have accused Weinstein of sexual assault or harassment.