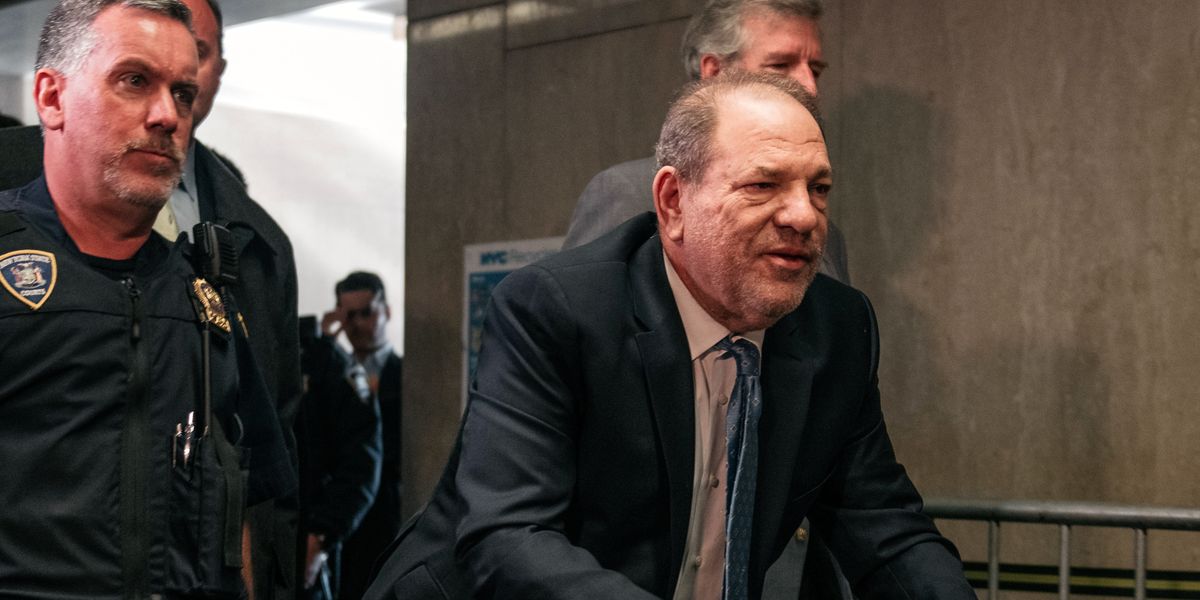 Coronavirus is an agent of misery and chaos, but it's also encouraged a lot of empathy and generosity. Yet, I have none of either upon learning that Harvey Weinstein has tested positive for coronavirus. Weinstein was recently sentenced to 23 years in prison for third degree rape and a first degree criminal sex act.

The 68-year-old rapist almost certainly contracted the virus on Rikers Island, according to Page Six's sources, where he was briefly held before being moved to a correctional facility outside Buffalo. New York State's department of corrections wouldn't name Weinstein, but confirmed that two inmates at the Buffalo facility have tested positive.

While I feel an unseemly sense of gratitude to the coronavirus when it comes to Weinstein, the circumstances under which he contracted it are tragic. New York City has the biggest prison outbreak of Covid-19 in the country. Seventeen employees and 21 incarcerated people have tested positive on Rikers Island alone: a frightening prospect given the high transmission risks of jails' close quarters and prisoners' limited access to medical care and sanitation measures. New York City Board of Corrections has asked city officials to "immediately remove from jail all people at high risk of dying" and "rapidly decrease the jail population." Mayor Bill de Blasio is currently considering hundreds of prisoners for release.

Before being incarcerated, Weinstein was treated for a blood pressure spike at Bellevue Hospital. The schadenfreude hits hard, though it'd be a shame if he died. Twenty-three years to go.