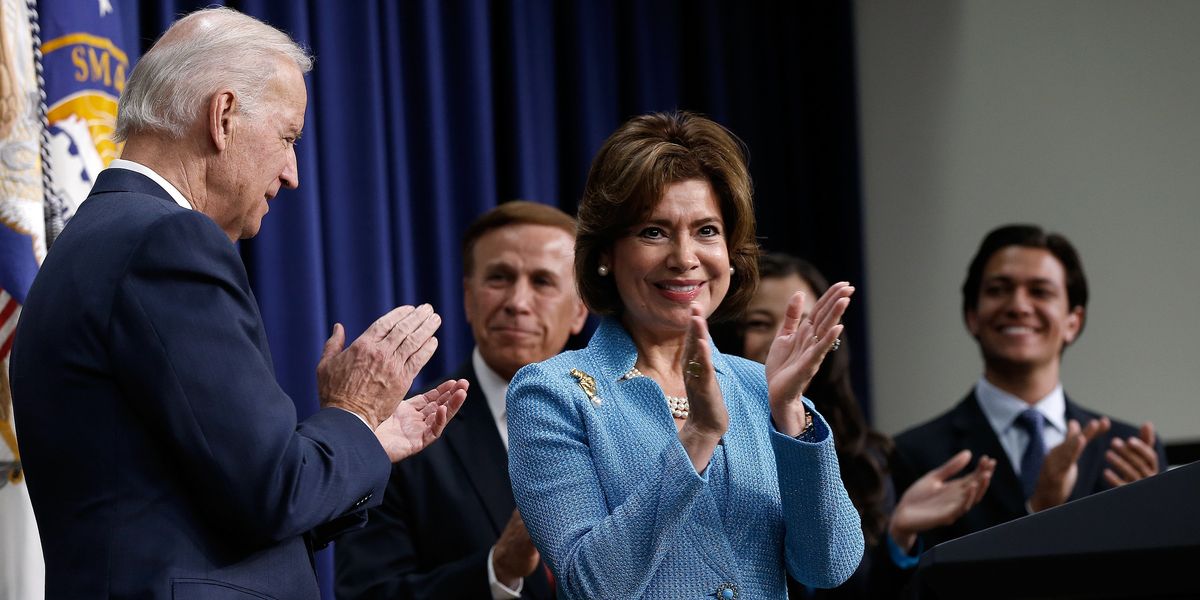 Reuters reports that the group of female investors who were set to buy the Weinstein Company have retracted their offer, citing higher liabilities than they were originally aware of.

The board of the company said it would continue trying to "determine if they are any viable options outside of bankruptcy."

Contreras-Sweet said that she still believed in the vision of a studio led by women.

A majority female investor group, led by businesswoman and former Obama administration official Maria Contreras-Sweet, has bought the Harvey Weinstein company, taking on its $225 million worth of debt and setting up a $90 million victims' compensation fund.

She added that the new owners, who purchased the company embattled company for $500 million, will "build a movie studio led by a board of directors made up of a majority of independent women" and "save about 150 jobs."

The Weinstein Company board, which no longer includes Weinstein himself, said in a statement that they considered the sale a "positive outcome."

In a separate letter to the company, Contreras-Sweet wrote, "As a long-time business leader and advocate for gender and racial equality, I have been profoundly affected by the recent revelations surrounding this company's leadership. You must care, as I do, about the women who have suffered the indignities inflicted upon them. I feel compelled to take action to provide them some remedy for what they endured."