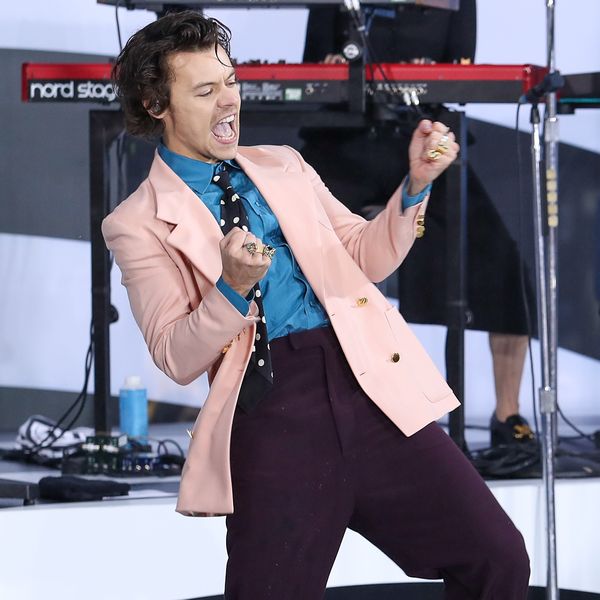 Is it too early to declare Harry Styles' "Watermelon Sugar" the official song of summer 2020? Chart numbers don't lie and the track, which was the fourth single off Styles' #1 album Fine Line, off has officially become his first #1 Hot 100 hit. "Watermelon Sugar" snagged the top spot after jumping from #7, beating out "Sign of the Times" as Styles' highest-charting single, which peaked at #4 back in 2017. "Adore You," another single from Fine Line, peaked at #6.

Styles, however, hasn't been the first former 1D member to hit number one on the charts for a solo track. Zayn Malik's single "Pillowtalk" reached the top of the charts in 2016 and while One Direction had many Top 10 hits, they only ever got as far as #2 with "Best Song Ever" in 2013.

Related | MUNA and The Knocks Miss Dancing in Basements on 'Bodies'

As for the rest of this week's Hot 100, Taylor Swift's "cardigan," off her surprise album folklore dropped to #8, and Billie Eilish's "my future" debuted at #6. DaBaby & Roddy Ricch's "Rockstar" is still going strong at #2, Jack Harlow's "What's Poppin" is #3, The Weeknd's "Blinding Lights" is still holding #4, and SAINt JHN's "Roses" claims the #5 spot.