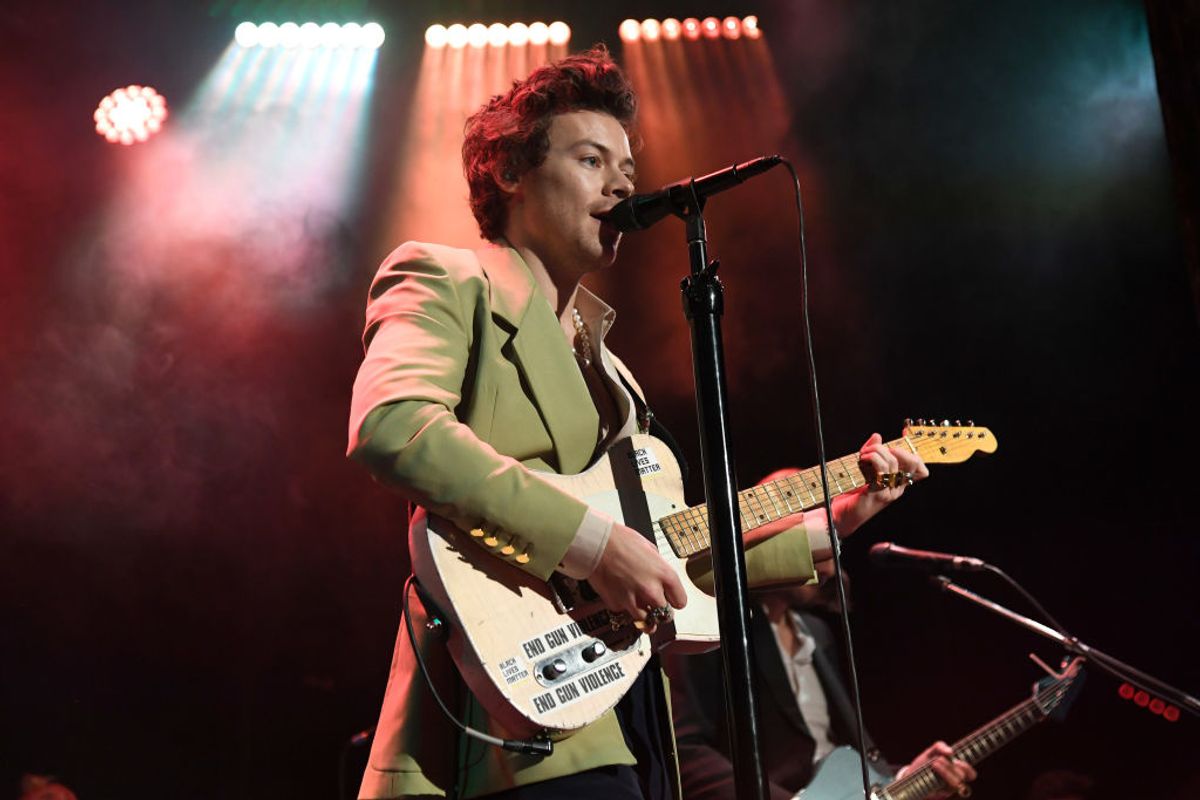 Wearing a cashmere Gucci sweater adorned with a baby chick (!!!), Harry Styles performed songs from his new album Fine Line on NPR's Tiny Desk concert series. Between singing "Cherry," "Watermelon Sugar," "To Be So Lonely" and "Adore You," Styles explained the album's creative process, mentioning that it was created between England, Japan and California.

Before performing "Watermelon Sugar," recorded on a day off in Nashville, Styles spoke about how Richard Brautigan's 1968 post-apocalyptic novel, In Watermelon Sugar, inspired the title. Despite the song's breezy subject matter, he says it took the longest to complete."We kind of liked it when we first heard it, and then I hated it for a long time," Styles says. "It's about that initial euphoria when you first start seeing someone or you start sleeping with someone... and you have that excitement."

Another highlight includes Styles talking about "Adore You," which we now know is about a fish. "I just had this fish and I really liked it," he says. "I guess it's kind of similar in the baseline to 'Watermelon Sugar' is the excitement of meeting someone. Just, you know... take me! I'm sure I'll regret saying that."

If coronavirus doesn't postpone his tour, Styles is set to embark on the international leg next month. Styles is also set to perform with Orville Peck at Madison Square Garden on October 30 and 31 for a new event called "Harryween." Naturally, attendees are encouraged to dress in costume. Tickets went on sale March 6.