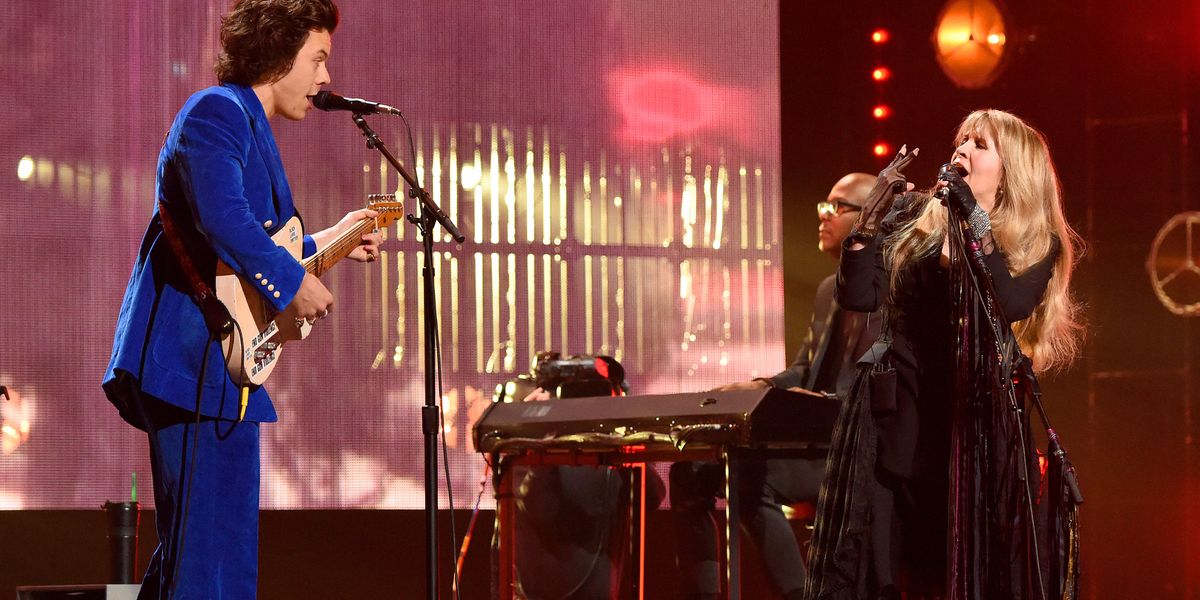 Harry Styles and Stevie Nicks became an iconic duo the moment they stepped onstage together earlier this year, when Harry inducted the legendary musician to the Rock and Roll Hall of Fame. And last night, the two reunited once more onstage, this time in celebration of Harry's new album Fine Line.

The thousands of fans at The Forum in Los Angeles certainly didn't expect the "Lights Up" singer to bring out the Fleetwood Mac frontman. It was a surprise treat that truly gave everyone in the audience life. The two danced around and had fun on the checkerboard stage as they sang the classic Fleetwood Mac hit, "Landslide."

Fans couldn't handle how perfect the moment was, especially given that Styles already did so much: performing the entire track list of Fine Line, One Direction's debut hit "What Makes You Beautiful," his own hit from his first solo album "Kiwi," and "Christmas Time." Even celebrities like Jane Lynch (Glee, The Marvelous Mrs. Maisel) and comedian Kathy Griffin were mesmerized by the moment.

Love when talented folks do stuff like this. Shows us they’re the real deal. Annnnd I’ve ordered a pair of Harry’s… https://t.co/Dn4kYZtu8P
— Kathy Griffin (@Kathy Griffin)1576319230.0

Truly, everyone who went to see this show got their money's worth, and more.