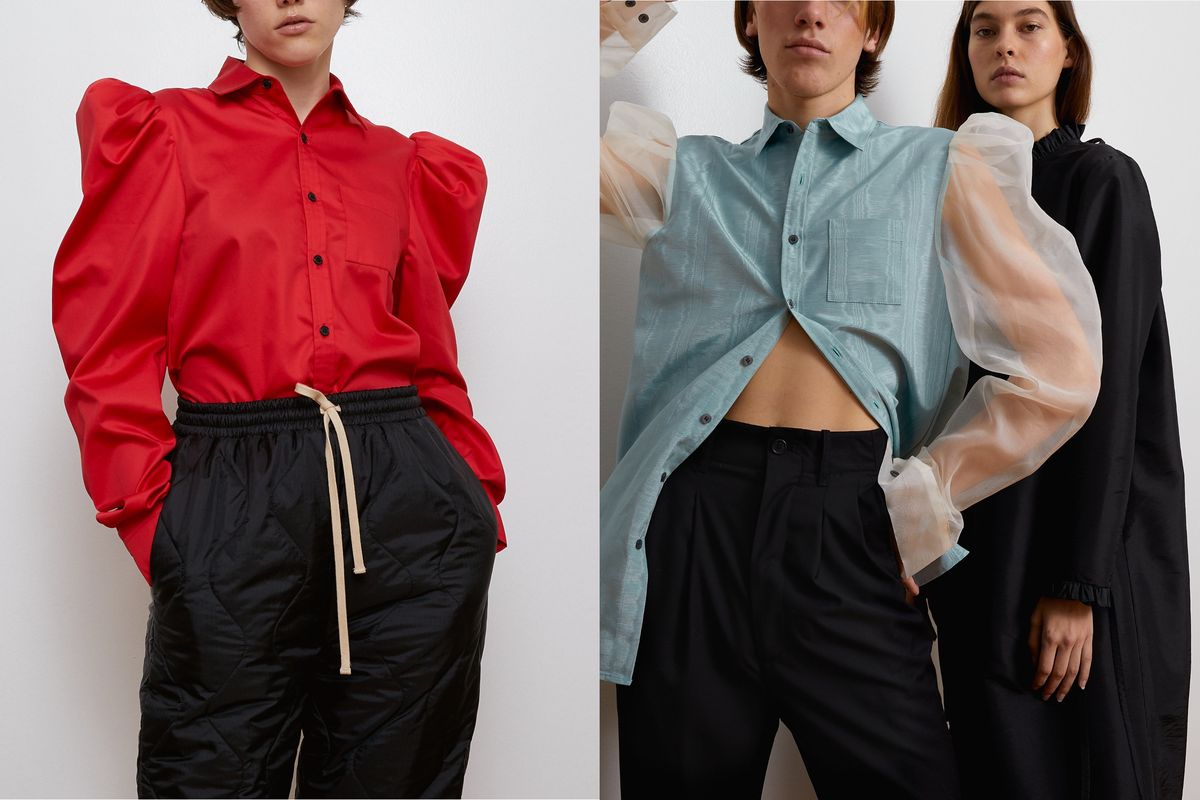 Get Harry Styles in These Unisex Puff-Sleeve Tops Challenge

Harry Styles, inventor of high-waisted pants and sheer blouses, is dropping his highly anticipated sophomore album Fine Line on December 13. Which only means we can expect to be blessed with his usual gender-bending fashions and show-stopping lewks as he embarks on his promotional tour. (An appearance on SNL is just around the corner!)

But we'd be remiss if we didn't call to attention these marvelous unisex puff-sleeve tops that have Styles' name all over them. The shirts in question belong to One DNA, a gender-neutral label founded by Creative Director Travis Weaver that makes all its apparel in New York City. Paging Harry Lambert (Styles' stylist): Get these on your client ASAP! They'll mix perfectly with the custom Gucci he'll no doubt end up wearing.

Related | The Queer Brand Harry Styles Wore in 'Lights Up'

Turns out that these elaborate confections were inspired by the '90s cult-favorite mystery drama The Virgin Suicides, according to Weaver. They're part of the brand's newly released holiday capsule, which also includes things like nightgown-style prairie dresses and silk organza pieces in a blush, cream, and seafoam palette. In short: a classic party wardrobe for those who love dressing up and celebrating fashion.

Click through, below, to see the entire collection, which is available online now and in-person at Christian Siriano's concept store The Curated in NYC from Nov. 13 to Dec. 5 and at Selfridges from Dec. 5 to Dec. 15.

Photos courtesy of One DNA