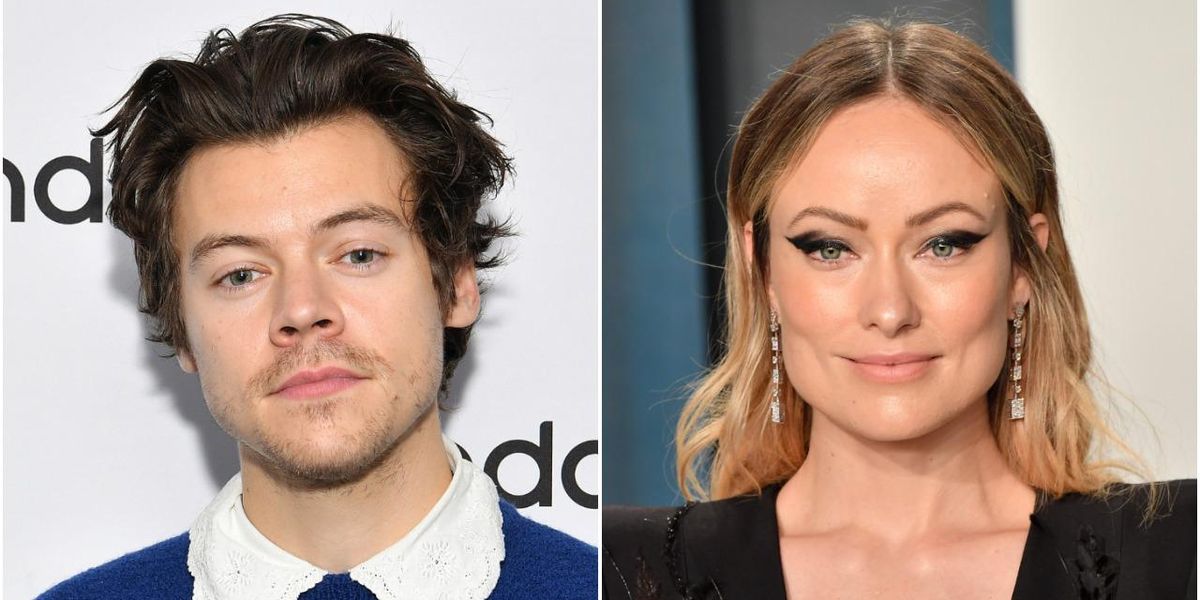 Harry Styles and Olivia Wilde's romance seems to heading in one direction, as the two just can't keep their hands off each other in newly obtained pictures by Page Six.

On vacation together in Italy, where the couple have spent the better part of a week so far, the singer and actress were spotted on a yacht in the region of Monte Argentario embracing in their swimsuits. Standing and kissing, reclining and reading, even dancing and cuddling, they spent an afternoon truly enjoying each other's company — even taking a dip in the water.

Styles recently wrapped the filming of a new movie, My Policeman. Since they have some downtime, with Wilde's kids are in London with ex-partner Jason Sudeikis, they're having some fun in the sun that showcases just how serious their relationship has gotten.

This storybook relationship began back in January after the two met on the set of the forthcoming psychological thriller, Don't Worry Darling, that Wilde directed. She revealed to Vogue that she made the decision to cast Styles in the film after seeing him in Dunkirk.

After going public with their relationship, Wilde was spotted moving her bags from her house that she shared with Sudeikis over to Styles' place. Do we hear... wedding bells?

As for Sudeikis, he doesn't seem to be too down in the dumps — if at all. He's recently gone public with a new partner — his Ted Lasso co-star Keely Hazell.