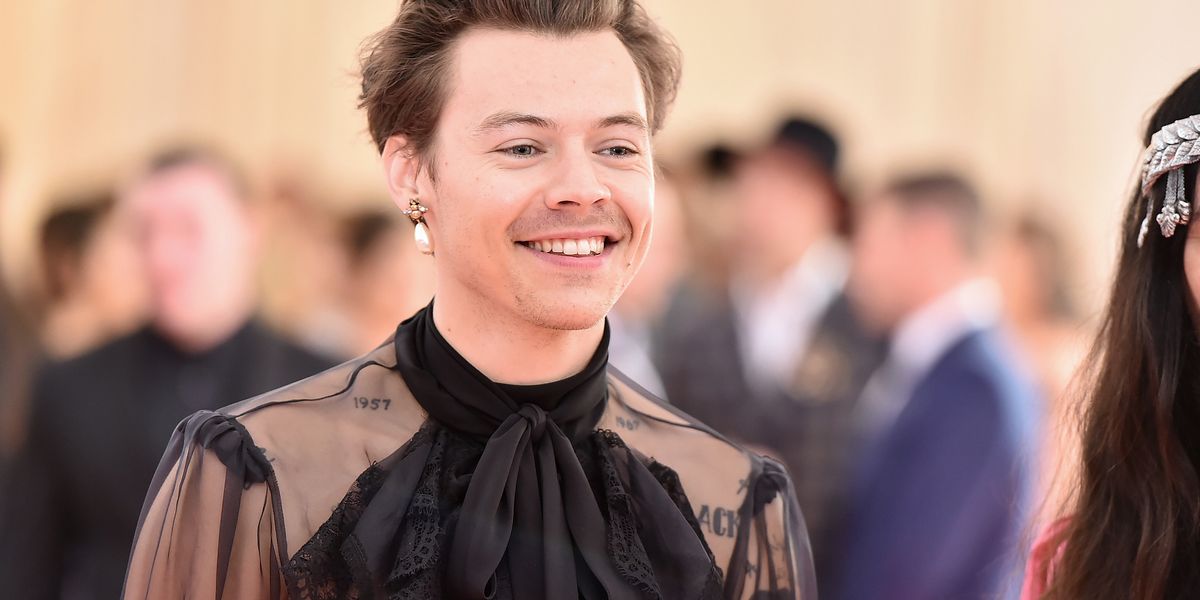 Get ready to add more fuel to your homoerotic Harry Styles fantasies because it sounds like they're about to get a whole lot more vivid.

The singer and burgeoning actor is currently set to star in the new Michael Grandage-directed adaptation of Bethan Roberts' novel, My Policeman, about a British cop, Tom Burgess, in 1950s England caught between male lover, Patrick played by Dean Dawson, and his wife, Marion played byThe Crown's Emma Corrin, who attempts to get said lover arrested as homosexuality was illegal at the time.

Filming has only just begun in Brighton so there aren't too many details or meme-worthy photo ops yet but according to The Sun what we do know is that Styles will be having some steamy gay sex and showing plenty of skin on screen. An inside source tells the publication that Styles "will be having sex on screen and they want it to look as real as possible."

The source goes on to say that viewers will be getting at least two sex scenes and another where Styles is fully nude that apparently don't leave much the imagination. Styles is supposedly excited to be tackle the acting challenge as well, with the source adding, "he always wants to do things that people wouldn't expect and challenge what people think about him — and this film will really do that."

Styles has historically declined to put a label on his own sexuality in interviews and in recent years the Gucci ambassador has become more adventurous in defying masculine fashion norms which has lead many to speculate that former One Direction might be queer, but that obviously hasn't been remotely confirmed (He does know about Grindr though). Let's just hope these My Policeman scenes go over better than that Euphoria episode did.