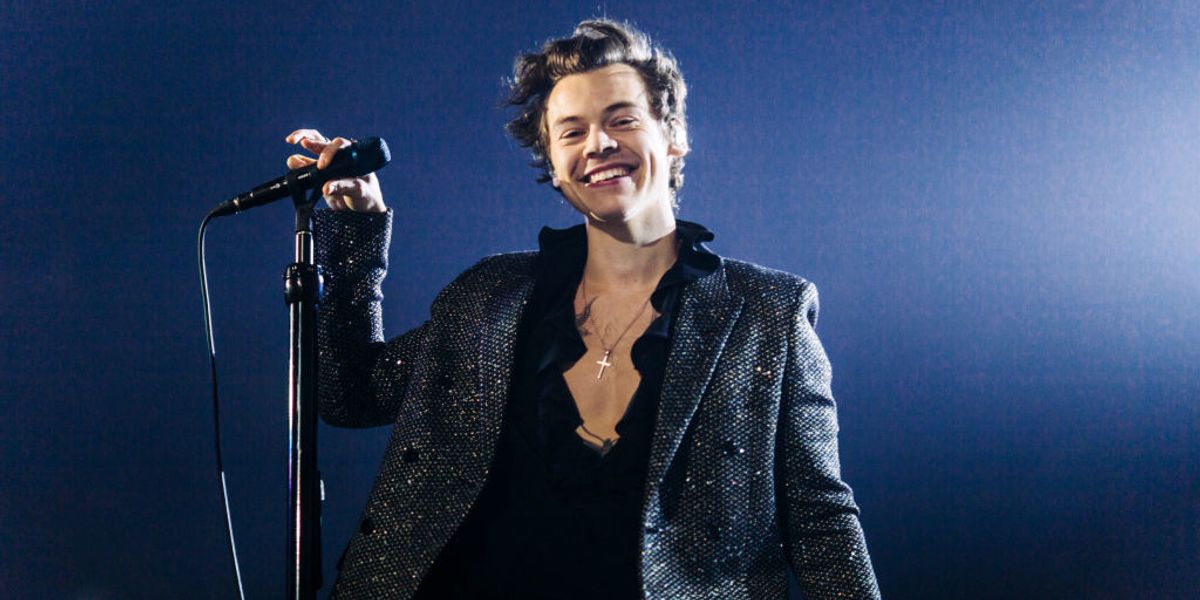 Harry Styles, Call Me: I Have Some Marketing Ideas

When his debut self-titled album came out last year, Harry Styles released an array of accompanying merchandise printed with the phrase, "Treat People With Kindness." He recently posted a photo of a tank top with the statement written on the side while visiting Madrid on tour. It's a benign — if a little corny — maxim that really can't be argued against unless you somehow think kindness is categorically bad, but it kind of feels a little too on the nose? We get that you're a good guy Harry and we love you unconditionally, but also, give us what we really want.

The real question here is why his merch doesn't include a single suit for sale. Yes, Harry is hot and can balance boy band peppiness with cool Mick Jagger blasé, and respects his teen girl fans, and has a Taylor Swift song written about him, but his greatest asset is definitely his ability to rock a glorious glitter suit on stage. For as much of a fashion icon he is though, it seems like he's not the best capitalist.

Harry! I'm saying this because I care: I haven't taken a single business class since Econ 101, but even I know you can monetize this! I would gladly dish out $$ to wear knockoffs of any of literally any of Harry's suits, even if they screamed "Treat people with kindness!!!" in big block letters on the back.

The color blocking! The glitter! The so-decadent-they're-almost-garish prints! Bury me in a Harry Styles tour look.