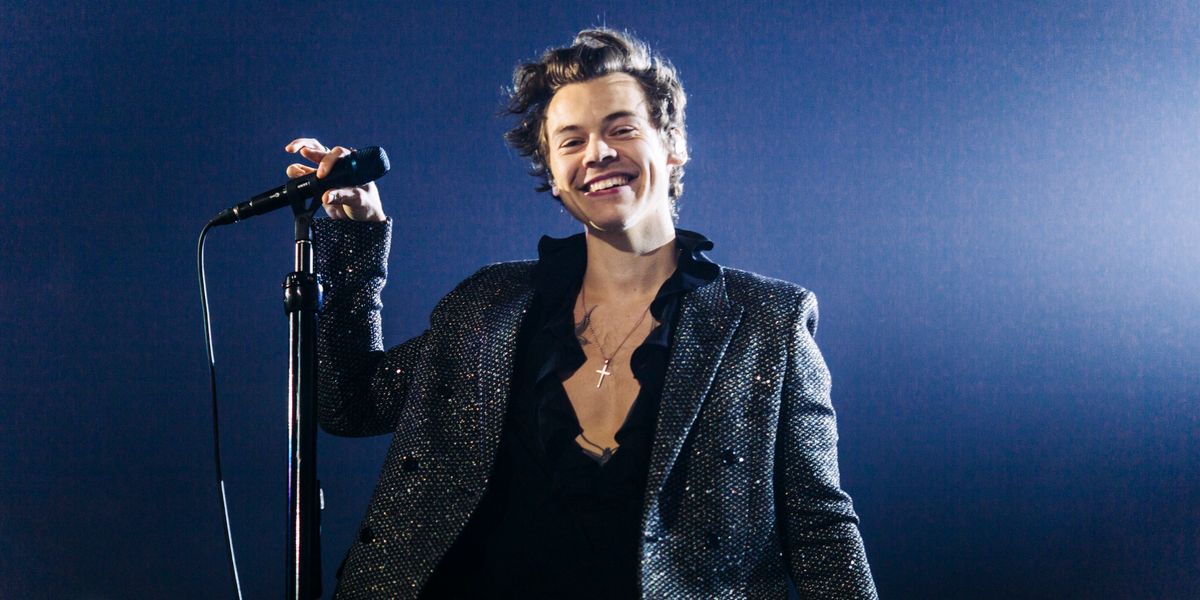 Harry Styles recently missed out on playing Elvis Presley in Baz Luhrmann's upcoming biopic of the musical icon, but luckily casting agents have him in mind for another blockbuster: Disney's upcoming live action version of The Little Mermaid, starring Halle Bailey. He's in "early negotiations" for the role of (who else?) Prince Eric, according to The Hollywood Reporter.

This is perfect! Especially given that, as THR points out, the casting of two professional musicians in leading roles would make for a very musically inclined movie. Prince Eric doesn't sing in the 1989 animated film, but 2008's re-imagined Broadway musical includes two solo numbers: "Her Voice" and "One Step Closer." It would be a crime not to let us hear Harry's spin on them. The new soundtrack will reportedly also include new songs with lyrics written by Lin-Manuel Miranda.

Not that Harry doesn't have acting chops — he proved as much in Dunkirk. If cast, he would join an already-excellent ensemble: alongside Bailey, Disney has already announced Melissa McCarthy as Ursula, Awkwafina as Scuttle, and Jacob Tremblay as Flounder. Rob Marshall, who gave us Chicago, is set to direct.

Related | Of Course Beyoncé Made Her Own 'Lion King' Album

Disney just can't stop releasing reboots of the classics starring extremely famous and beautiful musicians, and I for one am grateful. Production on The Little Mermaid begins next year, to the dismay of racist trolls who object to Bailey playing Ariel.