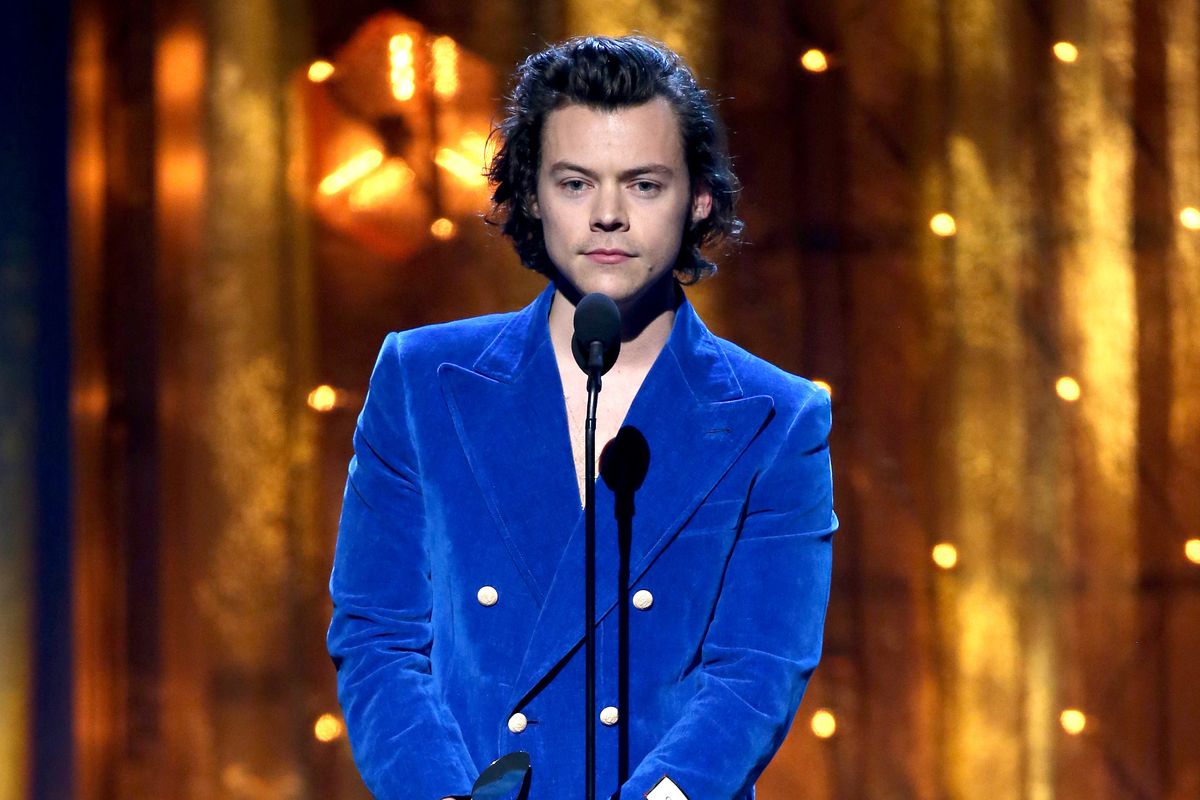 The crown prince of Gucci, Harry Styles, gave a rare interview with Dazed Beauty to promote his new fragrance for the fashion house, Mémoire d'une Odeur — and now we know a lot about his olfactory preferences.

Mémoire itself — which Styles promises he wears: "All the time... I sleep in it" — is a combination of "chamomile, alongside notes of jasmine, musk and sandalwood."

However, ever the tortured softboy romantic, Harry imagines that the hybrid smells like a certain contemporary author's house: "It's really fresh to me. Floral, clean, not heavy," he says. "It smells like what I imagine Joan Didion's house to smell like." Of course. Just... of course.

He must've spent late nights up reading Play It As It Lays and The White Album by iPhone light on the One Direction tour bus way back when, because he also explained that for him, scents are very tied to memories: "The triggering of memories from smell is really strong for everyone. My mother has always worn the same perfume. It smells like roman candles and jasmine. So like anytime I smell it, I feel like a kid again. I feel like everyone has those."

Mémoire comes alongside a Midsommar-esque campaign shoot, in which he and other models frolick among golden-hour ruins.

The pop star's been involved with Gucci and a muse of Alessandro Michele for years, but the Mémoire campaign marks his biggest collaboration to date. You keep doing you, Harry.