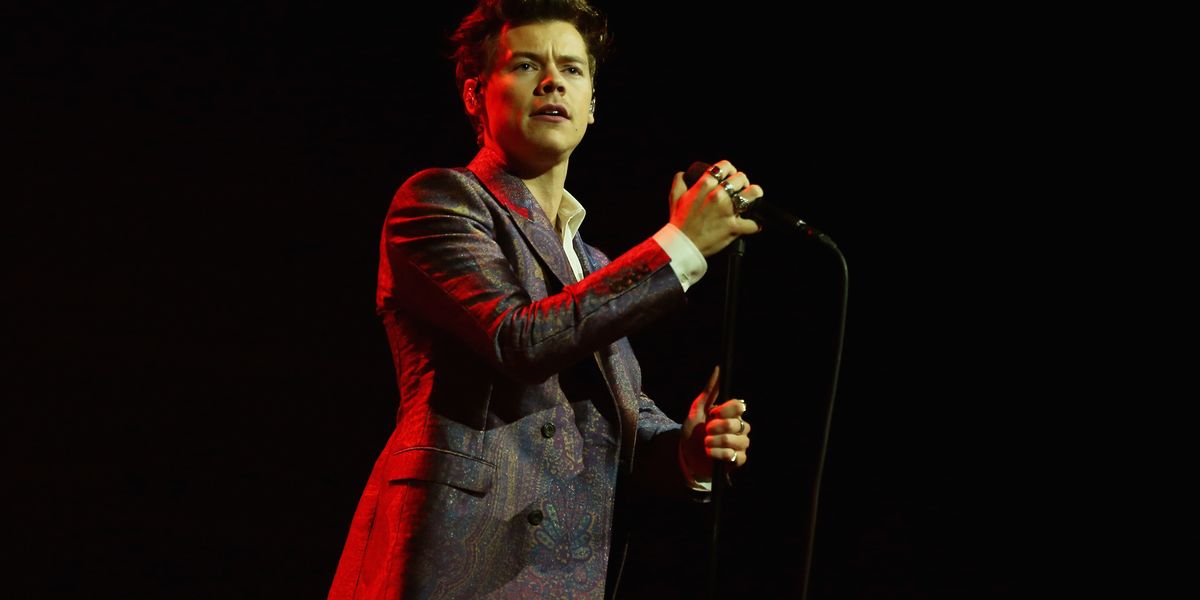 Harry Styles is the Face of the New Gucci Tailoring Campaign

It's been three months since Gucci first teased us with behind-the-scenes looks at their new tailoring campaign with Harry Styles. Now, the day has finally come for us to see the stylin' looks the luxury label put together with the "Sign of the Times" singer.

Yesterday, Gucci's long-awaited reveal did not disappoint. The suits that Harry's eating fish and chips in are Alessandro Michele's latest suiting designs.

Gucci on Instagram: “On set at a fish and chip shop in north London, @harrystyles appears in the new men’s #GucciTailoring campaign wearing the House’s latest…”

Gucci on Instagram: “Wearing a New Marseille jacket with embroidered collar detail designed by #AlessandroMichele, @harrystyles walks in a ‘chippy’—the…”

Gucci on Instagram: “In a narrative sequence that echoes many famous photographs and scenes from British films, @harrystyles brings his pet chicken and dog into…”

Gucci on Instagram: “Inside a fish and chip shop—the set of the new #GucciTailoring campaign—@harrystyles wears a macro gingham sharkskin dressing gown as a…”

Gucci on Instagram: “The famed song ‘Michelle’ plays as a soundtrack to the new #GucciTailoring campaign featuring @harrystyles in #AlessandroMichele’s latest…”

And while, of course, classic cuts and patterns are there as expected, Michele brings in bold elements that only he and his regal aesthetic can bring to the table—an added touch of Catholic renaissance, flora, and fauna.

The Italian designer also designed his own, Lana del Rey's and Jared Leto's Met Gala 2018 looks, which explains that beautiful embroidery detail on the wide red suit lapel photographed with the red hen.