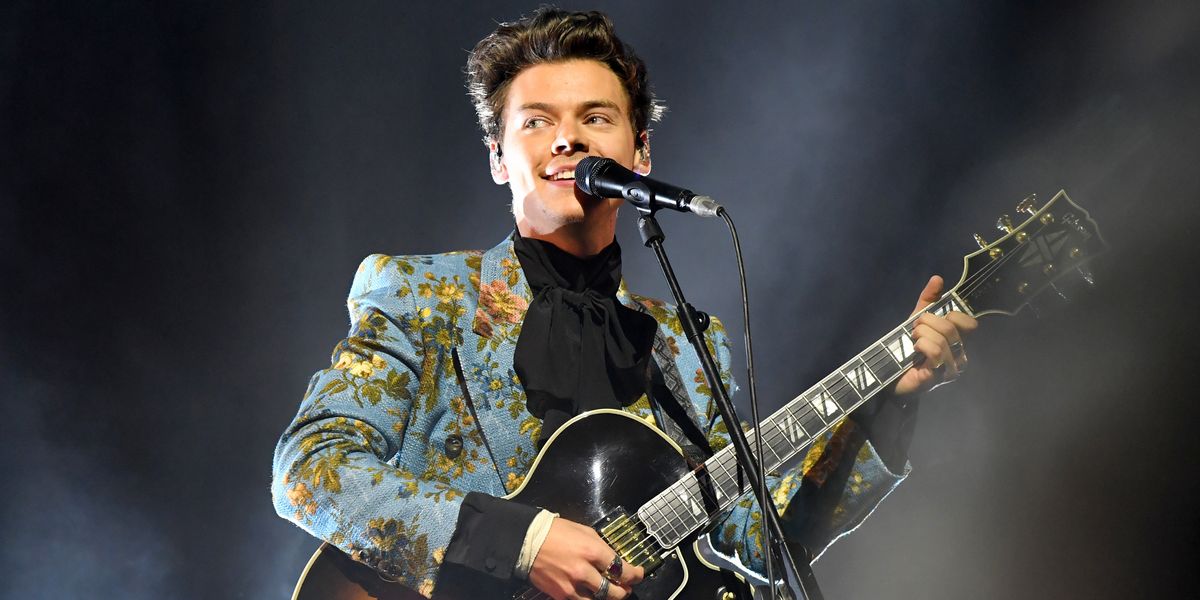 Harry Styles — the patron saint of extravagant suits — has a secret when it comes to ensuring that his one-of-a-kind pieces remains pristine, and it involves a special vault and hefty security detail.

In a new interview with British GQ about working with Styles, stylist Harris Reed let it slip that the star keeps his couture in what basically amounts to a "frozen vault."

"I can't say where it is located, but everything goes to an archive. It's basically like a giant refrigerator — a frozen vault — somewhere in London where I am not going to disclose," Reed said.

Not only that, "but the clothes all have 24 hours surveillance, which you can look at via an iPad." But why can't he just pop into the fridge and take a look? Because all of the looks "have been cryogenically frozen in time to preserve them."

"After his first solo tour that I produced 14-15 looks for — he wore about six or seven — I was wondering where the others were," Reed continued, "He was like, 'Don't worry, they are all under surveillance.'"

An interesting closet choice, indeed. But what does Reed think of the entire process? "I was like, 'Oh, that's chic.'"