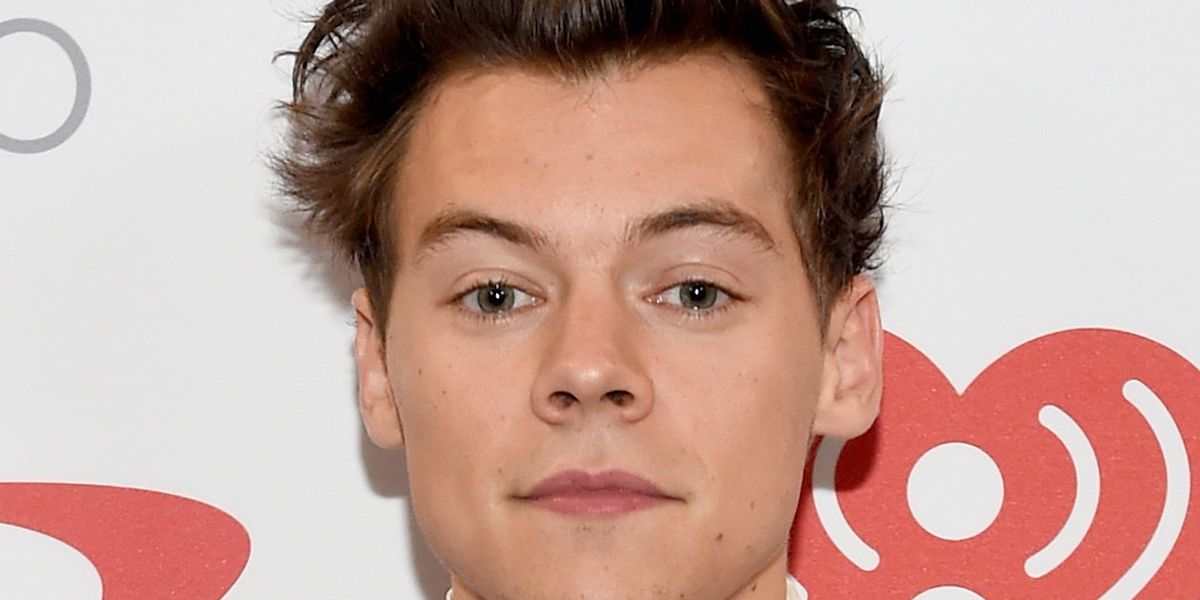 One lucky Harry Styles fan now has the ultimate anecdote about the singer.

In a story that feels straight out of a fan fic, the star recently showed up on 13-year-old Theodora's doorstep after his car broke down. And though Theodora herself wasn't home at the time, Styles apparently left her a very sweet, handwritten note while waiting for the tow truck.

"Theodora, my car broke down on your street and your dad's friend kindly let me wait at your house with a cup of tea," he wrote. "I'm devastated that we missed each other. Looking forward to meeting soon. Treat people with kindness. All my love, Harry."

And as if the story couldn't get any better, Styles also mentioned in the letter's postscript that he fed her fish in what appeared to be an homage to his surreal "Adore You" video — a playful moment that was captured in two other pics shared on Theodora's Instagram.

Not only that, but he also reportedly signed her copy of Fine Line, accompanied by doodling a face mask on himself and an apology about having "missed each other."

Needless to say, the charming story has since gone viral. And while most of the buzz has rightfully been about the anecdote's "cuteness," we also can't help but agree with the person who wrote, "Imagine coming home and realizing you missed Harry fucking Styles feeding your goddamn fish."

IG || “Just came home and found out who was house sitting... 😶” (©️theadoraaaaaaaa) pic.twitter.com/Et14ddcU5r