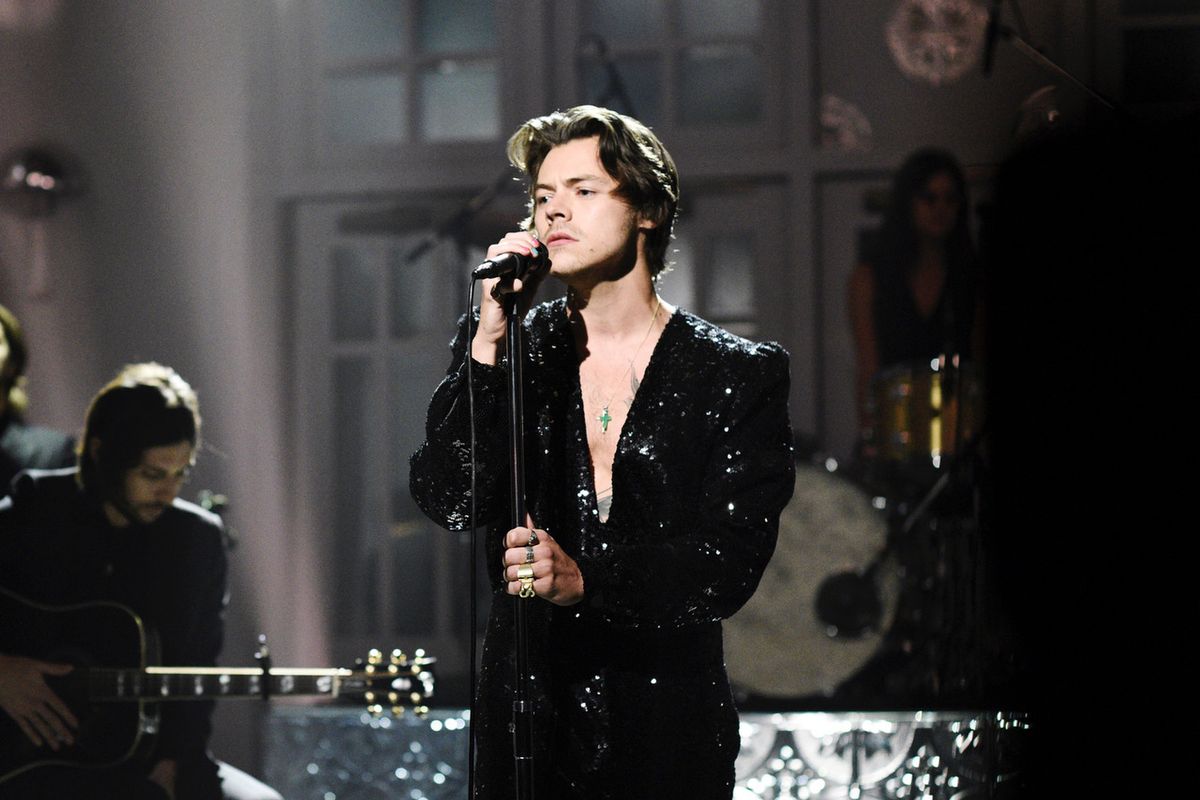 Harry Styles definitely took one for the team on The Late Late Show.

Last night, Styles appeared on the show as a guest host, but in addition to performing some new music and roasting Donald Trump, the show writers also decided to subject him to a little game of "Spill Your Guts or Fill Your Guts."

For fans of the show, you'll know that it's a James Corden favorite and involves eating some gross food if they don't truthfully answer a couple personal questions.

So who did they get to face off against Styles? None other than his rumored ex, Kendall Jenner.

Always a good sport though, Styles was game to potentially eat everything from bug trifle to 1000-year-old egg nog. And while Jenner was forced to rank her famous siblings from best to worst in terms of their parenting skills (Kourtney Kardashian ended up at the bottom), Styles was asked what songs on his last album were about her.

Styles, for his part, opted to dig into that cod sperm like a champ. And even though it was probably pretty gross, Styles seemed to be in good spirits, joking mid-bite, "To spit or to swallow, that is the question."

Watch them face off, below.