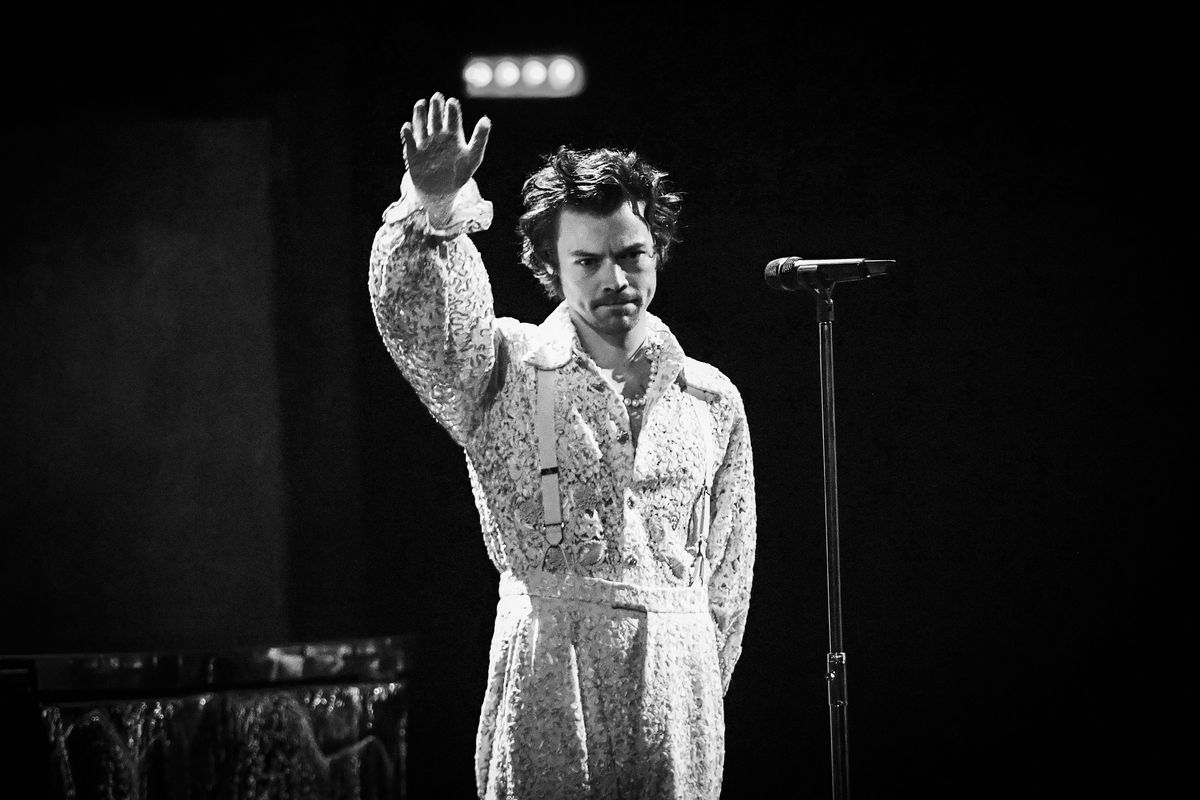 In spite of everything this year, 2020 has certainly given Harry Styles a plethora of successes to celebrate, from "Watermelon Sugar" becoming a certified #1 hit to his casting in Olivia Wilde's upcoming film, Don't Worry Darling. After earning praise and rave reviews from Stevie Nicks and countless music critics for Fine Line in December, it seemed Styles was more than ready to tour in support of his acclaimed album and take his chart-topping hits on the road this year.

Unfortunately, like innumerable musicians worldwide, Styles had to put his 2020 Love On Tour on hold. Today, Styles took to Twitter to inform fans that his tour plans will be set back even further, in light of the ongoing pandemic. The Latin American leg of his global tour will now begin in 2021, including his shows in South America, Mexico, Australia and New Zealand.

"Everyone's health and safety remains our top priority, which is why I unfortunately have to postpone all 2020 shows in South America, Mexico, Australia and New Zealand until further notice," Styles wrote.

Later this month, Styles was to play three shows in Mexico before heading to Brazil, Argentina, Chile, Perú and Colombia. He then would have traveled to Australia and New Zealand for the final performances in support of his latest release.

The pop star first pushed the European leg of the tour (that was set to begin earlier this year) to 2021, then did the same with the North American shows in June. His highly anticipated Madison Square Garden "Harryween" shows with Orville Peck were also moved to next year's Halloween season.

As of now, Styles' first 2021 performance will take place in Bologna, Italy on February 12. Whether or not concert-going will be safe by then, it seems Styles keeps an optimistic outlook on the future. "I really hope to play the shows as planned for 2021," he wrote in a tweet, "but will continue to monitor the situation over the coming weeks and months. I can't wait to see you all on the road as soon as it's safe to do so."

Although this tour news does not come as a surprise, it is still a disappointment for many eager fans and devotees.

As Styles sings on "Canyon Moon," "The world's happy waiting," or at least we can try to be by consuming other Styles content. Until attending live music sets is safe again, maybe stans can occupy themselves by investigating whether or not he has a secret TikTok, continuing to envision him as Florence Pugh's husband, or if all else fails, streaming Fine Line for the umpteenth time.