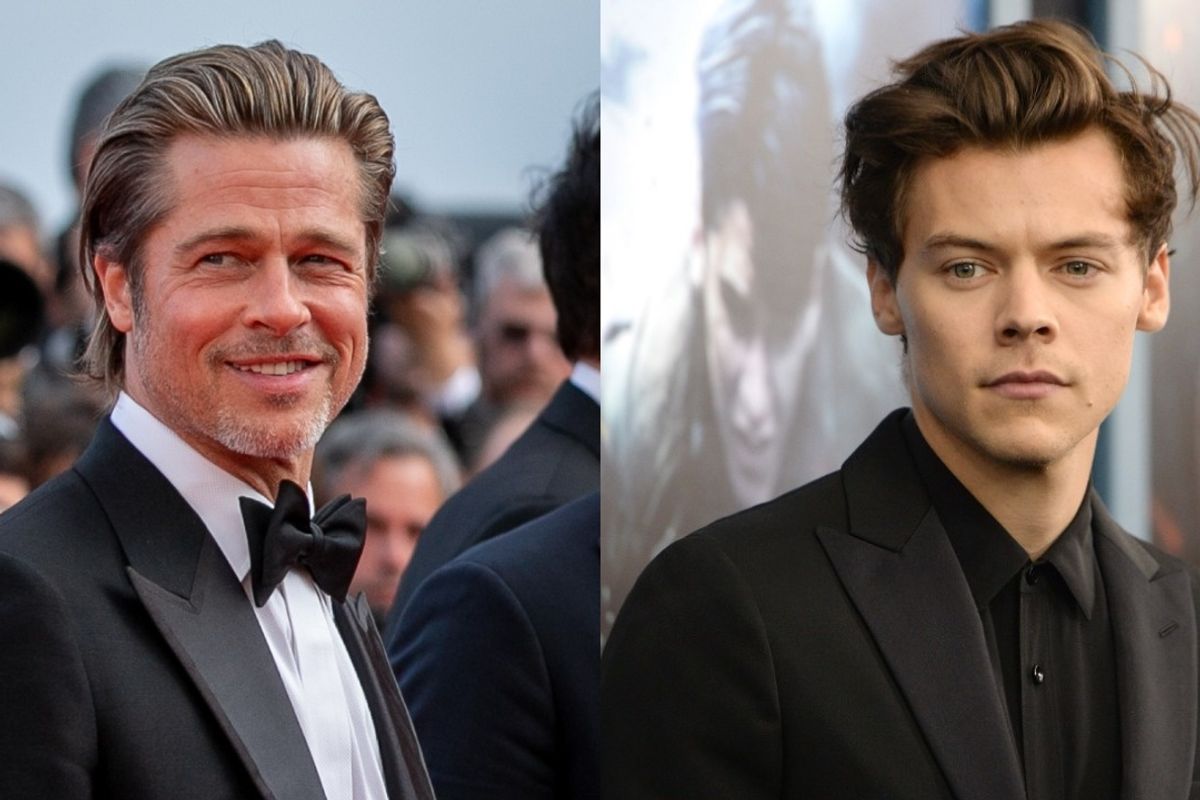 Harry Styles and Brad Pitt Have No Plans to Save 2020

Rihanna's supposedly imminent new album, the entire concept of Ellen Degeneres, Kamala Harris agreeing with Bernie on healthcare policy... if something seems too good to be true in the year 2020, then alas, it likely is. Despite feverish reports emerging this morning on Twitter, Harry Styles and Brad Pitt are definitively not set to co-star in a movie ripe for multiple shirtless scenes, per Pitt's reps.

Rumors started swirling when European film distributor Vértice Cine reportedly posted details about a movie called "Faster, Cheaper, Better" on its website, claiming that Pitt and Styles had been cast in the gritty flick about the "great and inevitable changes that are coming in the trucking industry." Certainly an under-represented topic in cinema.

Sadly both ET Canada and Vanity Fair reached out to representatives and confirmed that neither Brad nor Harry was ever cast in the project, which will hopefully be still going ahead anyway, because I'm real curious about those industry shake ups they mention. Is it kind of like that Simpsons episode?

Styles fans in particular are devastated, especially having only just gotten over the disappointment of Styles reportedly losing the leading roles in The Little Mermaid and Baz Luhrmann's upcoming Elvis Presley biopic. Those after a sexual tension-filled Brad Pitt casting choice can tune in to his upcoming Fast Times at Ridgemont High table read for charity, which will also feature his ex Jennifer Aniston.