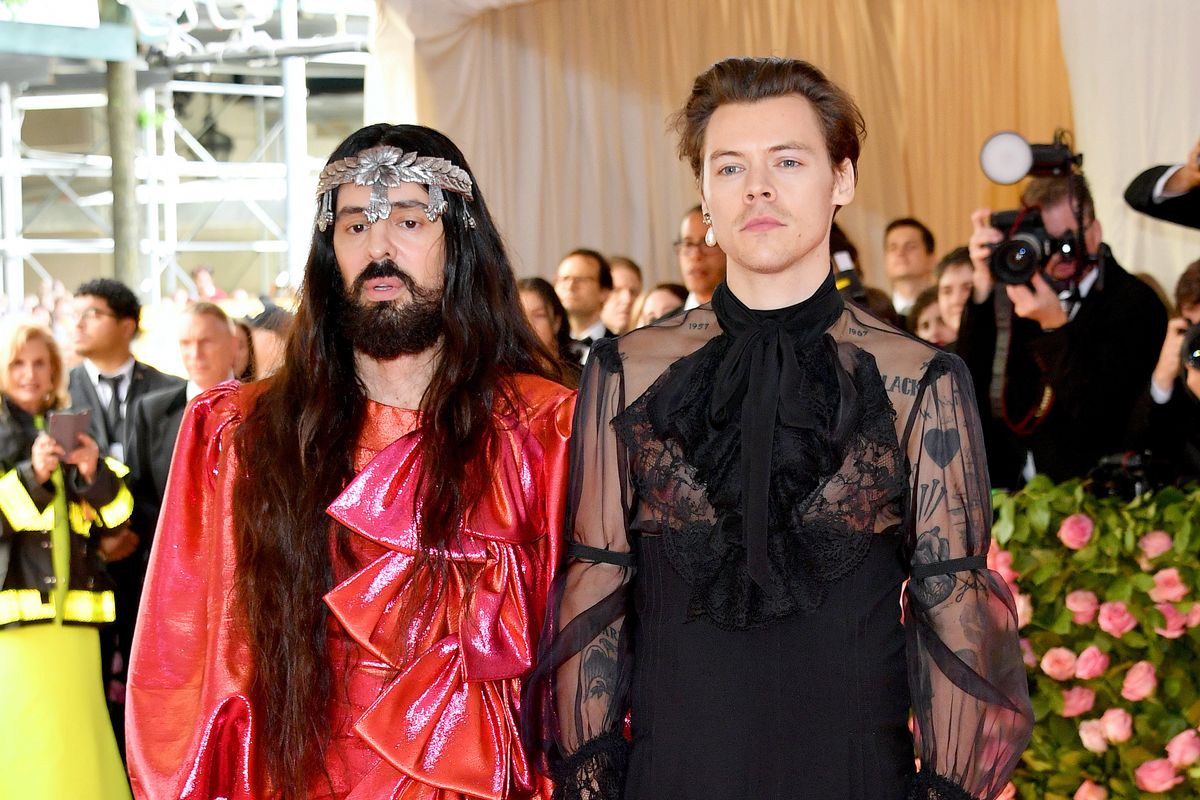 As far as designer muses go, the Harry Styles and Alessandro Michele duo is one of fashion's most deeply satisfying pairings. The Gucci creative director has collaborated with Styles on numerous occasions, dressing him in custom looks for everything from the Met Gala to the singer's music videos.

Michele's romantic, maximalist designs have found the perfect canvas in Styles, who has a penchant for wearing frilly puff sleeves, sheer blouses and high-waisted pants — basically everything Gucci puts out each season. So it comes as no surprise that the two friends have teamed up on a new item of clothing.

Both parties have joined forces on a new T-shirt in celebration of Styles' latest album, Fine Line. The simple white tee features an illustration of a large heart with an arrow running through the middle, with what appears to be drops of blood falling below. Styles' last name is crossed out as "Fine Line" surrounds the heart on either side.

The limited-edition, eco-conscious shirt retails for $75 (it is an Alessandro Michele design, after all) on the singer's official store, and will be available until Thursday December 19. A digital copy of the new album will be included in the purchase, which is expected to ship in January 2020. In addition, a portion of the proceeds from the shirt sales will benefit the Global Fund for Women, a non-profit that funds women's human rights initiatives.

The HS + AM T-Shirt is available for pre-order now online.