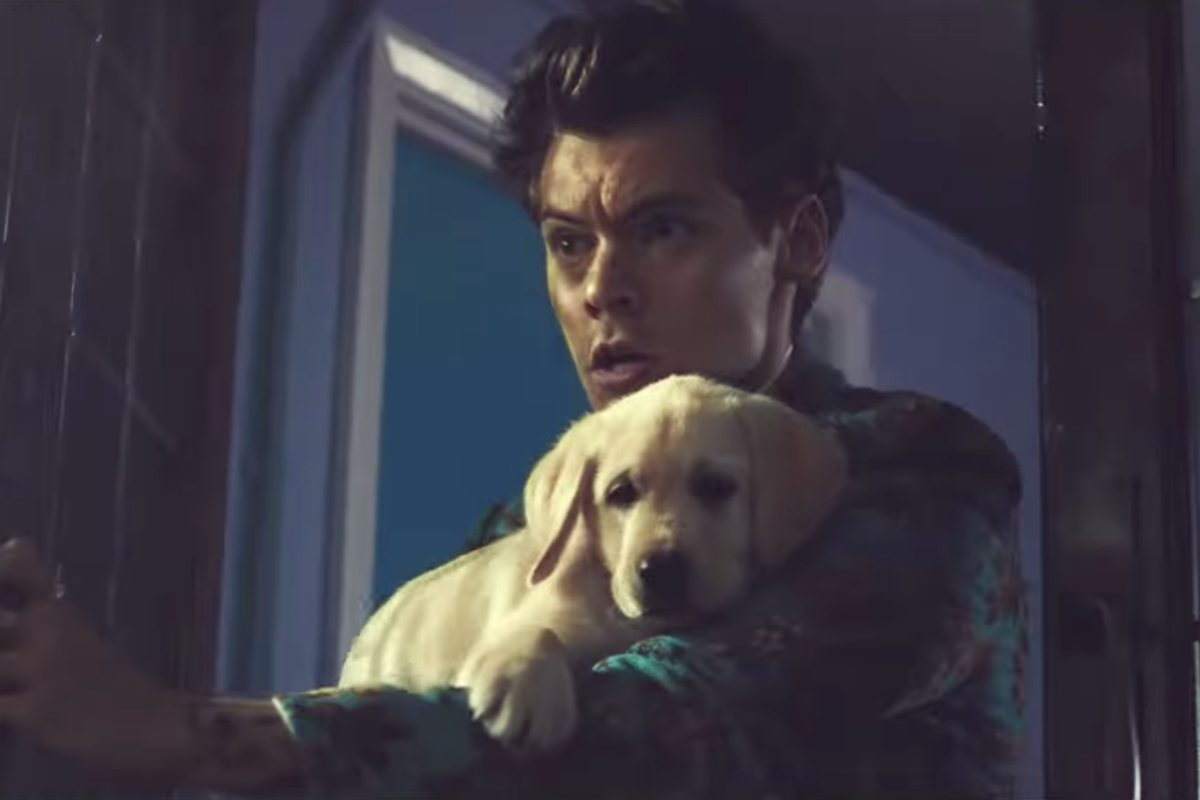 Here's Harry Styles and a Puppy in His New "Kiwi" Video, Hope You're Happy

Your dad's new favorite artist Harry Styles is back with another visual from his eponymous debut solo album, this time for single Kiwi — a song which is rumored to be/definitely about a Kiwi (New Zealand) Victoria's Secret Model Georgia Fowler with whom Harry once holed up with in the English countryside and played scrabble. Dreamy.

"Kiwi" sees many a child throw baked goods at each other, while Harry shows up with a labrador puppy (who frankly couldn't care less) and further encourages the violence before posing in a class photo. The video is generally pretty obscure, but that's no doubt just how someone wishing to be taken seriously prefers it.