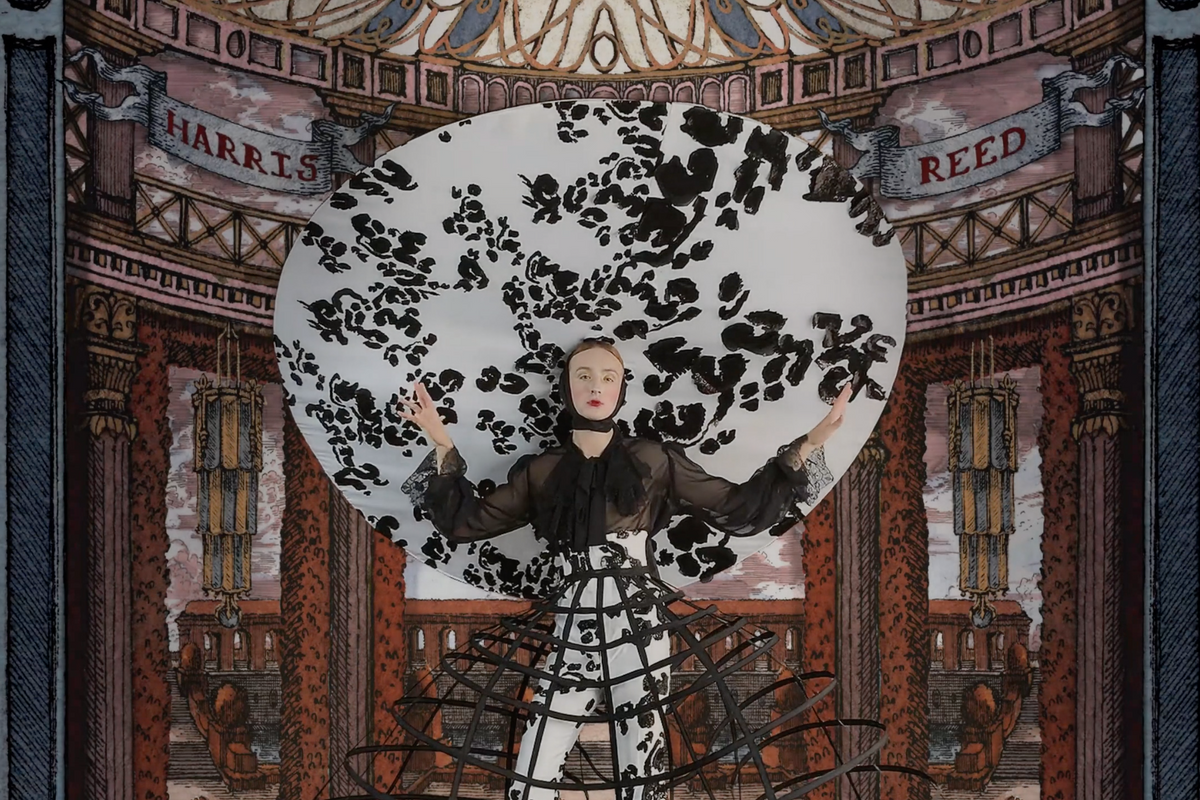 Harris Reed Just Served Us the Mother of All Couture Hats

For designer Harris Reed, It all started with the hat—a dramatic, white headpiece with wide brims and matching ribbon ties from their first year at Central Saint Martins that Solange was once photographed in by Peter Lindbergh.

"The giant white hat has always represented the visual identity of what it means to be fluid, out and proud, and in touch with your identity in whatever form that may take," the 24-year-old recently wrote on Instagram. "[It] truly changed the course of my life thus far, not only within my work, but myself entirely."

Now in their fifth and final year at the prestigious London university, Reed is taking the statement hat to new heights for their graduate collection, which was supposed to be shown on the runway for the school's annual fashion show but ended up being canceled due to the COVID-19 pandemic.

So to build anticipation for the collection that dropped today, Reed had an Instagram filter made of that signature hat which you've probably being seeing a lot of lately. (Kaia Gerber, Jeremy O. Harris and Kiernan Shipka are among those who've shared Reed's filter.)

Titled "Thriving In Our Outrage," the six-piece collection, which was made in Reed's apartment, is a continuation of their signature rock romanticism and gender fluidity. The opulent style of Henry Paget, the 5th Marquess of Anglesey was a main source of inspiration here (he was known by many as history's most eccentric aristocrat) as was '50s debutantes.

The hats, meanwhile, span 1 meter in diameter and are rendered in lace and hand-appliquéd silk. One of them is worn under a large white veil and lace top paired with black trousers for a new take on the modern bride. Reed also experimented with footwear, creating three styles of sky-high sequin platform boots with Roker Aterlier.

It's the culmination of Reed's stellar young career while as a student, where they've made a name for themself as one of Harry Styles' go-to designers, dressing the singer for concert tours and music videos thanks to his stylist Harry Lambert. (Lambert styled the lookbook for this collection.)

"I have no words, just tears, love and hope that you all love the collection that was created during lockdown," they wrote. "It truly transports us to a more FLUID WORLD!"