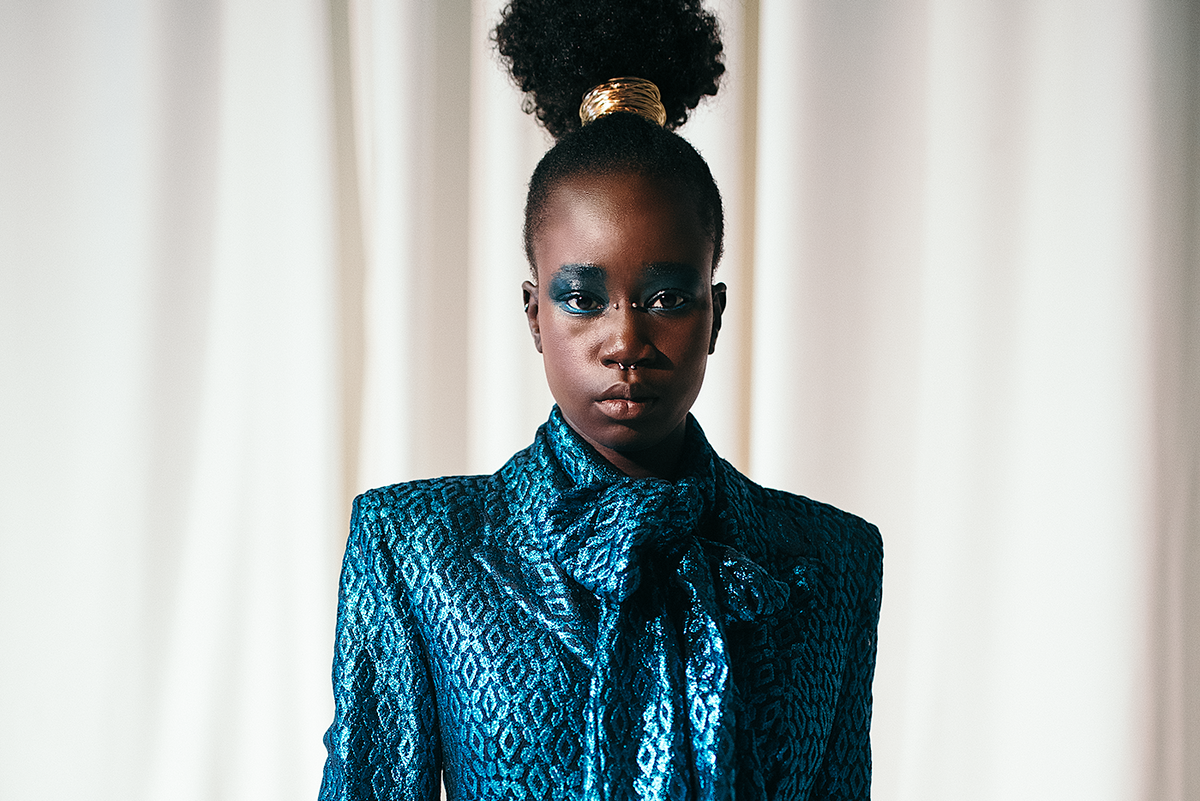 Each year, Harlem's Fashion Row holds a glitzy awards ceremony where it honors the best of established and rising Black fashion talent. Due to ongoing restrictions on mass gatherings, however, this edition was held virtually and streamed on the CFDA's digital platform Runway360.

The show, presented by CEO and founder Brandice Daniel, took place on Sunday in the form of zoom calls and pre-recorded clips. Pegged as a "family reunion" by Bevy Smith, who was among the many industry icons that made a cameo, the event's transition to an online-only affair did not detract from the wholesome nature of the awards and provided a necessary celebration of Black artistry within fashion.

The evening was full of elation and camaraderie that saw the appreciation of some of the industry's most influential players. The Maverik Award, received by British Vogue's Edward Ennifnul, and the Editor-in-Chief Award, which honored Teen Vogue's Lindsay Peoples Wagner, acknowledged the inclusive direction some in the media landscape are taking.

HFR is celebrating our 13th Annual Fashion Show and Style Awards! We hosted @kimberlygoldson @richfresh @kristianloren on our red carpet!

Also honored Kerby Jean-Raymond as its Designer of the Year for his work at Pyer Moss and Nate Hilton as Publicist of the Year. To a humbling effect, both of these recipients used their acceptance speech to address the necessity of voting in the current climate.

The awards also acknowledged three independent designers as a display of Black excellence amongst emerging talent. The stories behind the brands Richfresh, Kristian Lorén and Kimberly Goldson offered an inspirational and hopeful tone to the night with the promise that new names in the industry are embracing the paths that the honorees of the evening have forged for them.

They were also given the opportunity to debut their latest collections: Richfresh provided effortlessly chic suits and tracksuits while Kristian Lorén displayed a vibrant '70s and '90s fusion and Kimberly Godson's garments acted as an ode to Black hair. The synergy between independent and big-name brands was also evident in the list of companies sponsoring the event, including Nike, Gap and Shea Moisture.

While the festivities were generally upbeat and lively, some sobering moments surfaced in the form moments of silence in honor of those affected by racial injustice. However, the theme of the evening denoted a poignant message: these designers were just as important before the social moments that were reignited this summer and they will continue to matter going forward.

A moving tribute was also paid to George Floyd, Breonna Taylor, Ahmaud Arbery and Jacob Blake, as well as other lives lost to racial injustice. As Peoples Wagner said in her acceptance speech: This is "not just a moment, but a movement."