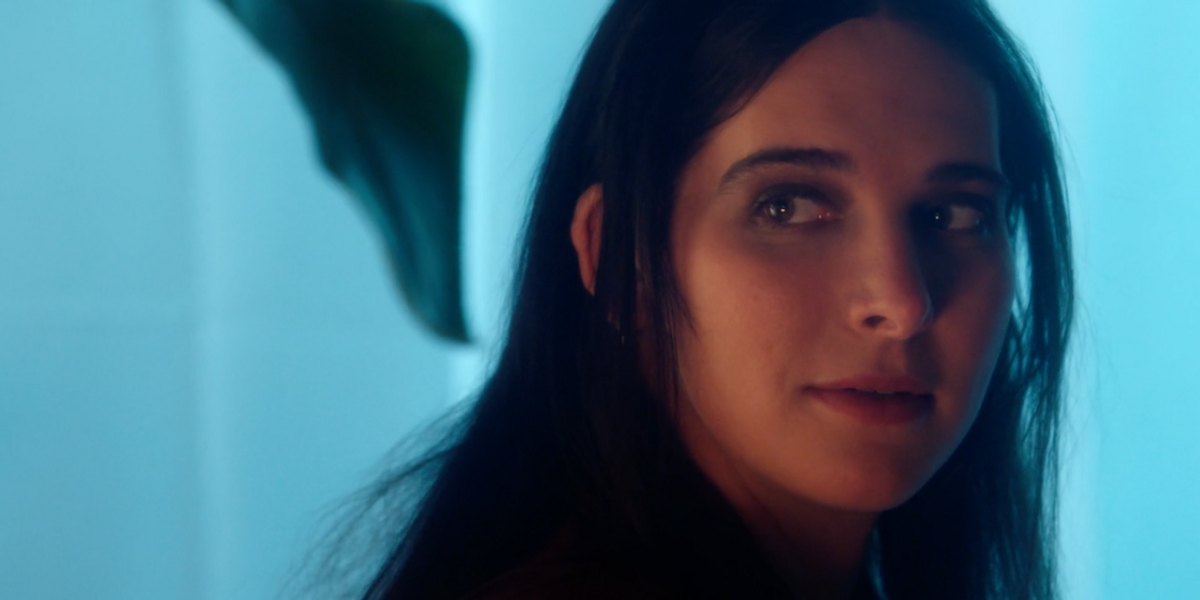 Starring Hari Nef and Kara Young, First Date recalls a highly stylized, '80s-influenced Twilight Zone episode. Young's character Billie is wooed by Nef's Alex, who seems like her perfect match: they even share the exact same taste in music and wine. Or do they? To say the least, it turns out that Alex's carefully-constructed "first" date is heavily researched. She and Billie have met many times before.

The short was filmed over the course of a single night in September, and director Meredith Alloway and writer Allyson Morgan were inspired by the likes of Brian De Palma and Paul Verhoeven — alongside deeper cuts like Clouzot's La Prisonnière. The time loop theme borrows a bit from Run Lola Run and Russian Doll. Alloway adds that she also looked to queer thrillers like Bound: "That film is so iconic and always winks at itself." For Nef, the project felt like a perfect match. "This is why I moved back to New York," she explains. "I want to work with people who want to make things that are dangerous, challenging, glamorous, aspirational and fun. And always a little dangerous. That's what I look for."

When constructing her character, who is equal parts sinister and relatable in her fraught quest to manipulate her dream woman into falling in love with her, Nef took cues from Glenn Close in Fatal Attraction. "I figured out very early on that I did not want to play her as a predator or villain," she says. "I wanted to play her as somebody deeply in love with someone, in the most all-consuming way possible."

Alex is altogether terrifying, but then again, we've all had our desperate romantic moments. As Nef describes her, she's "somebody who believes that they are pursuing a love that is mutually beneficial to herself and the beloved — somebody who is hurt and wounded and kind of stranded in her mind and her heart to the point where she ends up taking away the other person's agency in pursuit of a love that she may or may not realize she feels entitled to."

Her desperation is part of what creates the scares. As Morgan adds, if you can make people care about the characters, they'll fear for them. "You want them to succeed, or to prevail. I always try to make an audience care before I lean into a moment of horror."

First Date's slightly ambiguous ending functions both as a way to let viewers draw their own conclusions about Billie and Alex's twisted love story, and to leave potential room for a feature-length project on the same theme. We're definitely down to see an extended cut.

Whether or not they include pink '80s mood lighting, first dates are always pretty scary. Watch the trailer for this particularly suspenseful one, below.

Stream First Date and 27 other Halloween shorts on Hulu