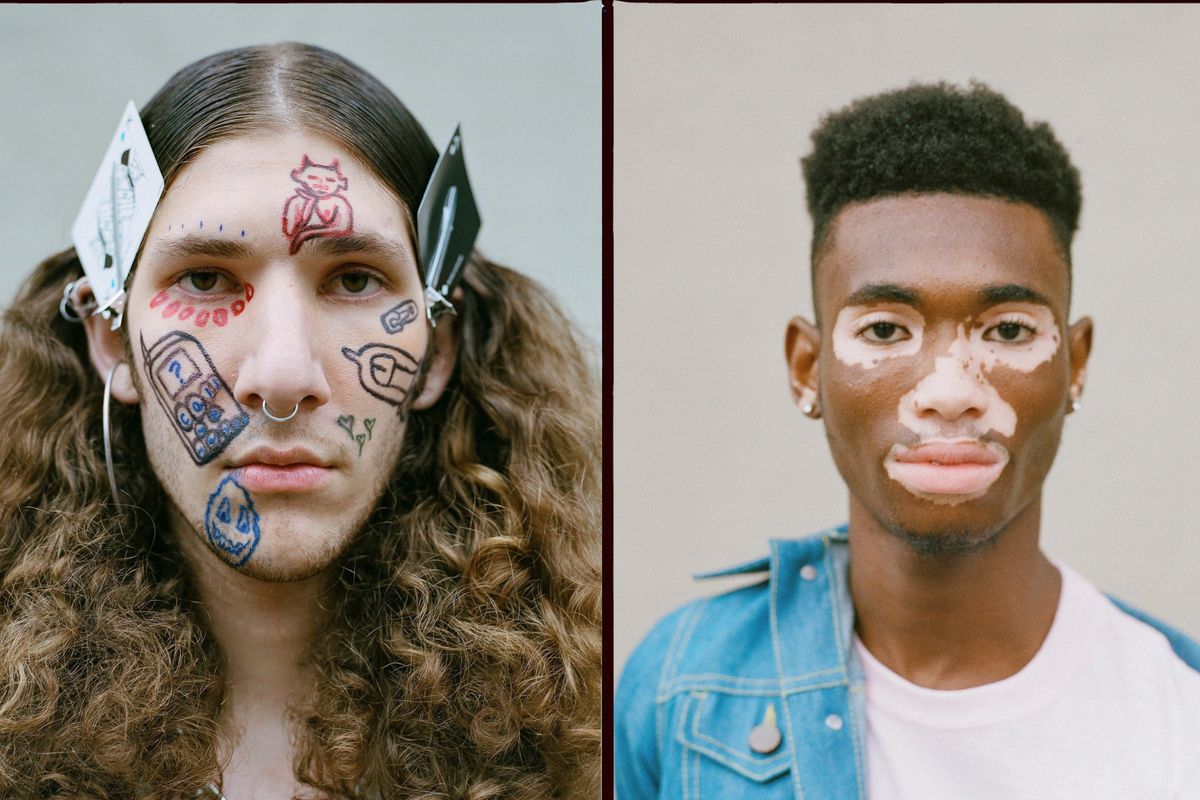 Hardeman is known for denim, sustainably made, which was shown for spring 2019 (called "Sprung Flung") in several iterations: ruffled shorts, a thong, a corset, in cow print. We especially loved the Canadian tuxedos formed in waves of denim, swirled together to make jeans and jackets.

The Guinness guy has nothing on these long, swirling nails (by Nails by Juan), which were even attached to accessories.

Safe sex and consent were major themes; garments featured condom-size pockets, and Hardemen even released their own custom-made condoms in collaboration with Say It With a Condom. Models even played with condom balloons!