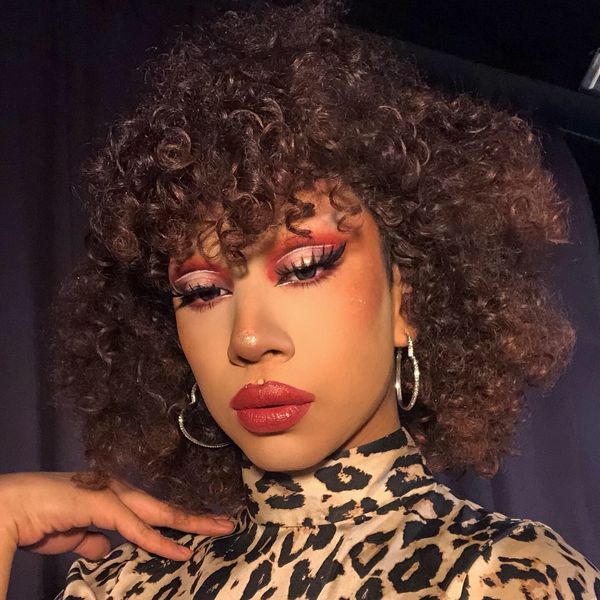 Throughout Pride Month, PAPER is asking LGBTQ+ leaders to curate a playlist that make them feel proud. Whether the songs are pop bops, emotional ballads, or just plain bangers, we want to hear from some of the community's foremost figures: what songs make you feel prideful?

This week, one of Brooklyn's brightest drag stars, HaraJuku (@harajuku.nyc), is taking the reigns. After wowing the world with her iconic 2018 Mr(s) BK performance, where she suspended herself over the audience in a tangled web of ropes, she went on to win the coveted title of Miss Bushwig 2018. Harajuku is also considered by many to be the queen of all social media, dazzling her followers with look after look. Now, she's telling PAPER about the five songs that make her feel proud.

Lady Gaga's "Paparazzi" was the first song I downloaded of hers back in 2009! After I saw her actually perform it later that year for the MTV VMA's, I knew I was gay. That summer, I became close with my brothers best friend who was also gay and it helped me realize a lot, so this song generally holds a lot of nostalgia for me!

2. "This Is My Life (Disco Version)" by Shirley Bassey

This song came at such an interesting time in my life, right around the time I started questioning my gender identity. I had the honor of performing it in a room made up of 2,000+ people at the Brooklyn Museum earlier this year. It's easily become one of my favorite songs to perform on the road, she's undeniably powerful.

Show of hands, how many times have you heard this song at the club and absolutely lost your mind? This song is a club classic, I remember hearing it any and every time I went out clubbing all over NYC and I still do! You definitely feel a sense of unity when this track comes on.

4. "Run Away With Me" by Carly Rae Jepsen

Another bop! Anytime this song comes on at the club, the dolls live! It's so fun getting to turn to your group of friends and, in unity, sing one of the most iconic songs Carly has ever made! It's also perfect summer prep.

Growing up, I was woken up every Saturday morning by my mom's CD collection, which generally had a lot of ABBA, Bee Gees, and Queen. This song in particular always stuck with me. I performed it for Bushwig this past year moments before being crowned Miss Bushwig 2018, so it will always hold a very special place in my heart.