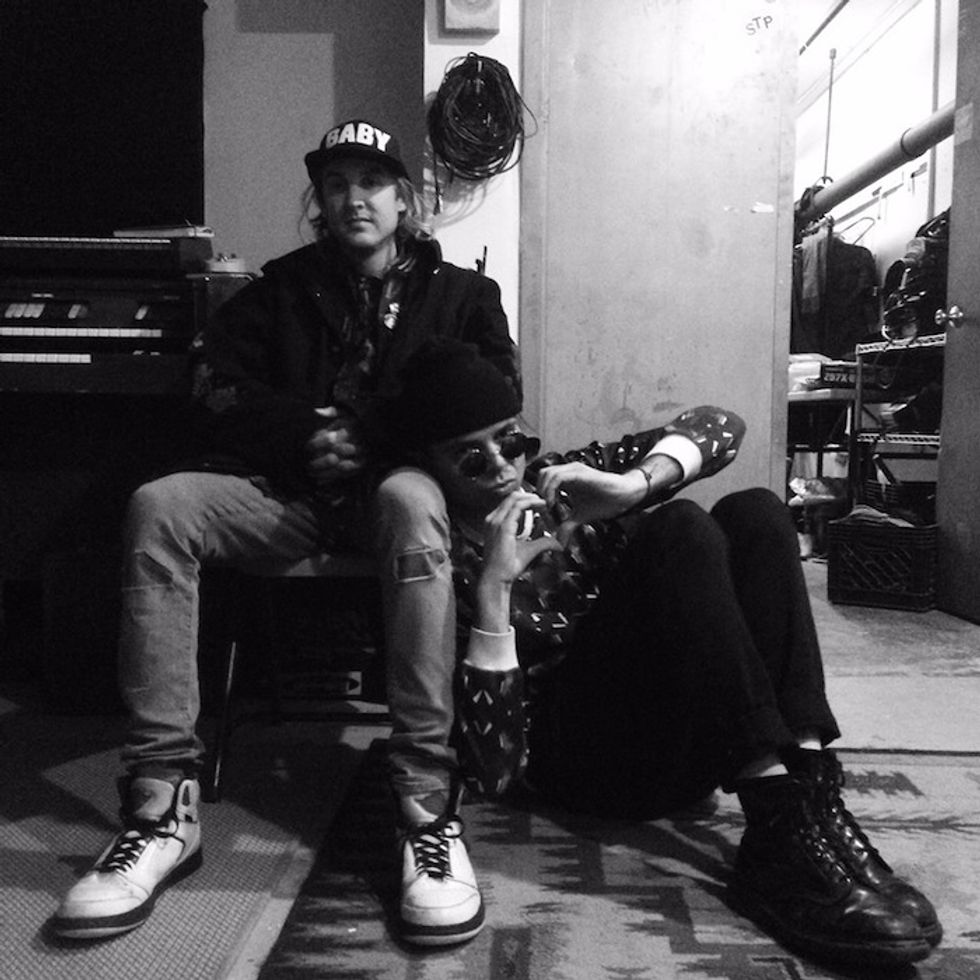 Happy Monday! Reactivate Your Heart with this New Track by Romance

by James Rickman
PAPERMAG
Image by Theo Boggs
For years, Tom Hennes has been presiding over some of the most life-affirming shows around with his band AVAN LAVA; Romance, his new project with producer Yung Diamnd, is relatively stripped-down but no less dancey. The first single, "Paradise," bubbled up last week (bonus points for repurposing the "It Takes Two" / "Think [About It]" sample), and now we have trippy remixes by Norrit and Rex the Triangle. The duo make their live debut at Cameo this Friday, with help from JD Samson and others. I'll be spending most of this week visualizing a roomful of sweaty people chanting "Paradise is the place where we find ourselves / Paradise is the place where we lose ourselves."
Listen to "Paradise" and the remixes below; details on the Cameo show here.
You May Also Like
Break the Internet ®