Happy Monday, here's a boys choir singing like cats to an enraptured audience. [via Death and Taxes] 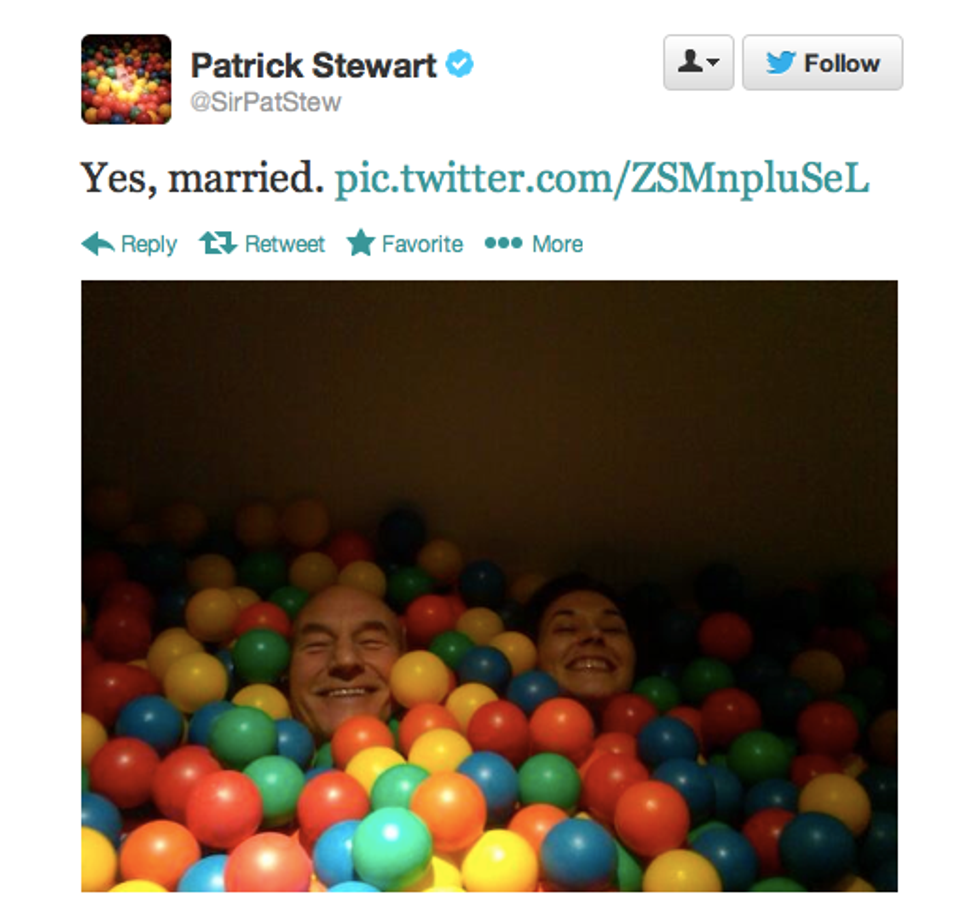 Patrick Stewart got married over the weekend and continues to be deeply perfect. [via Jezebel]

ICYMI: During an interview at the Notre Dame vs. Michigan game, Eminem acted extremely weird, getting freaked out at the prospect of being on live TV and channeling an overly nonchalant middle schooler on the subject of making good music videos. [via Uproxx] 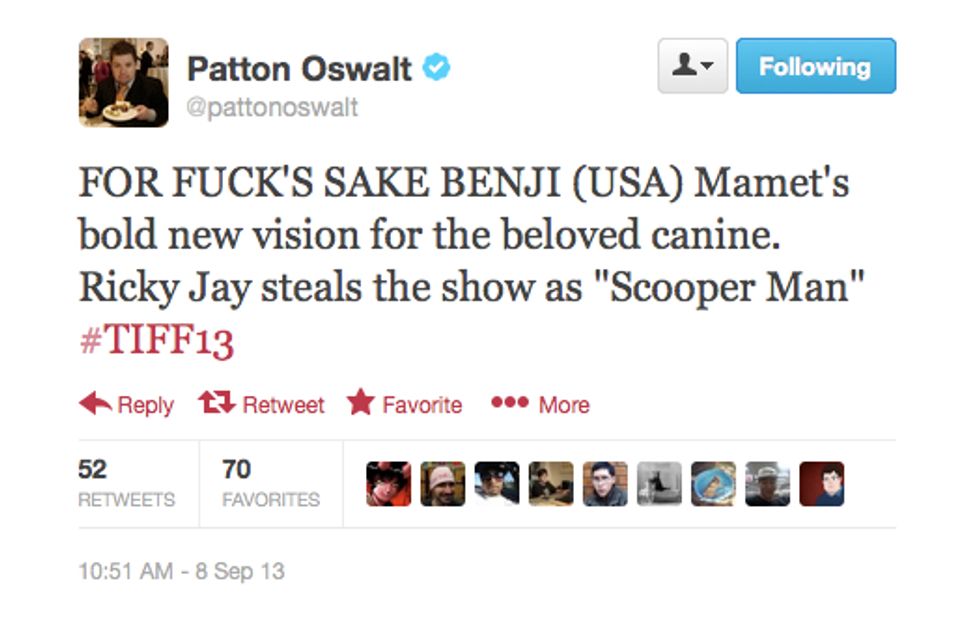 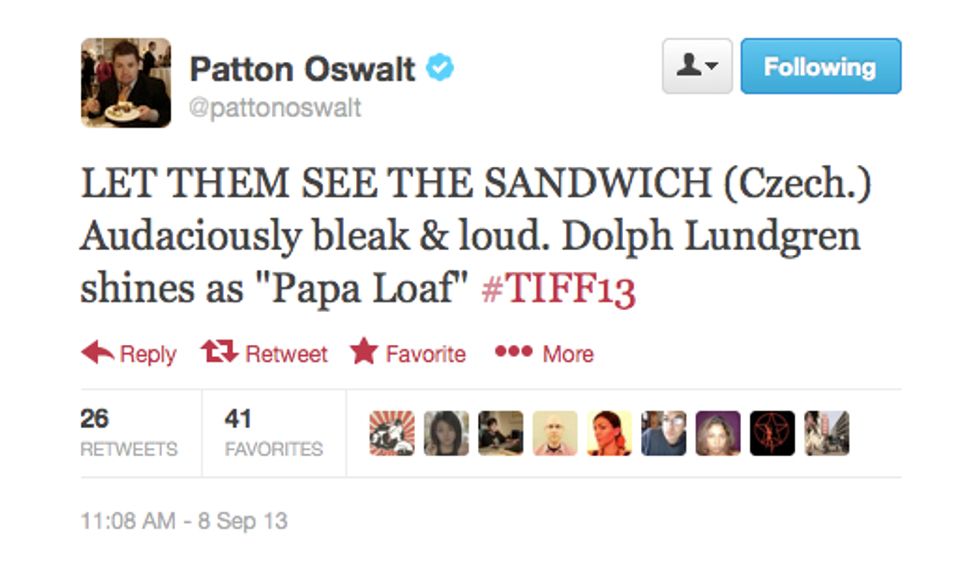 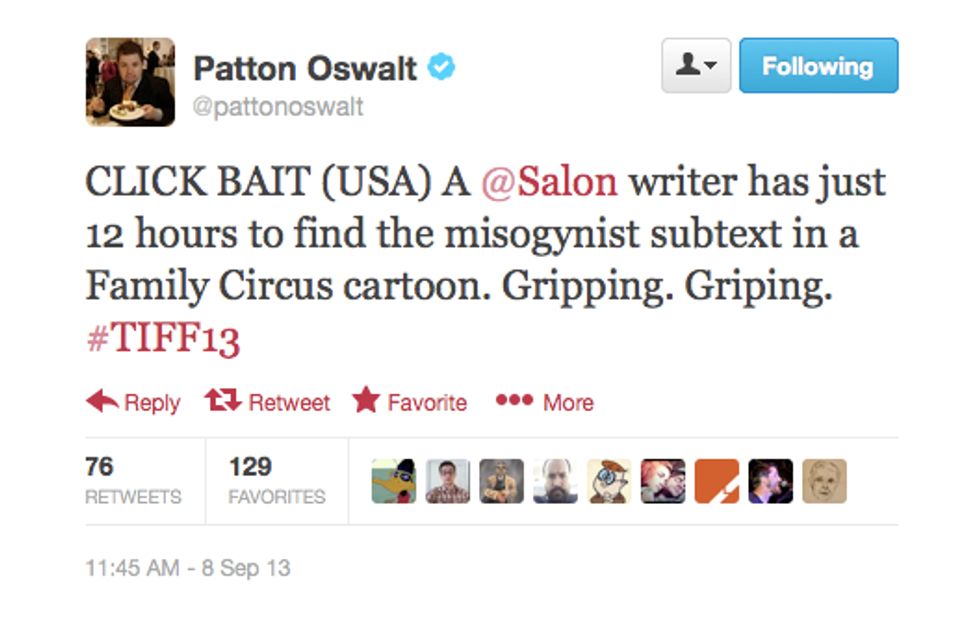 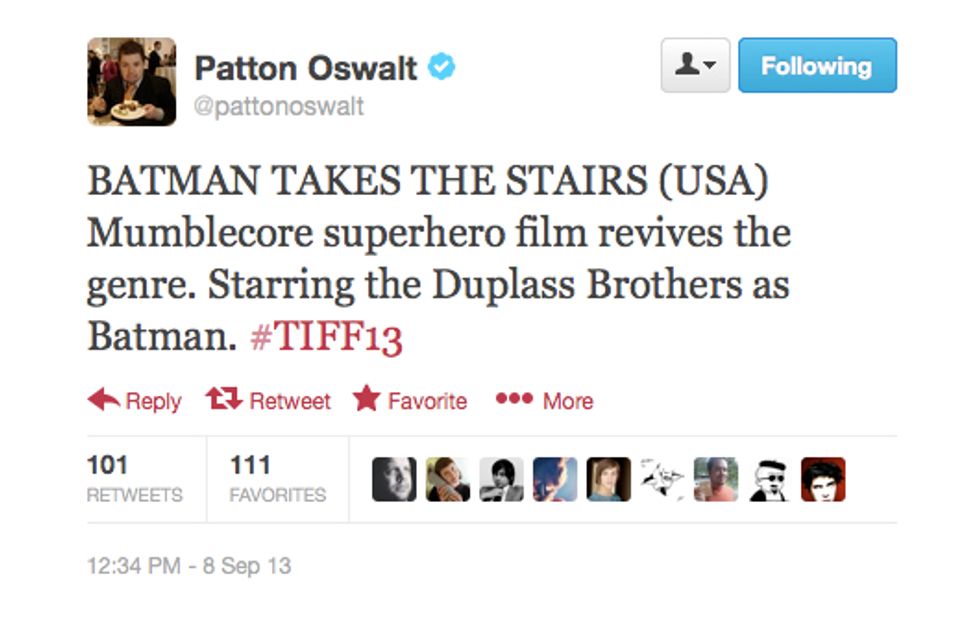 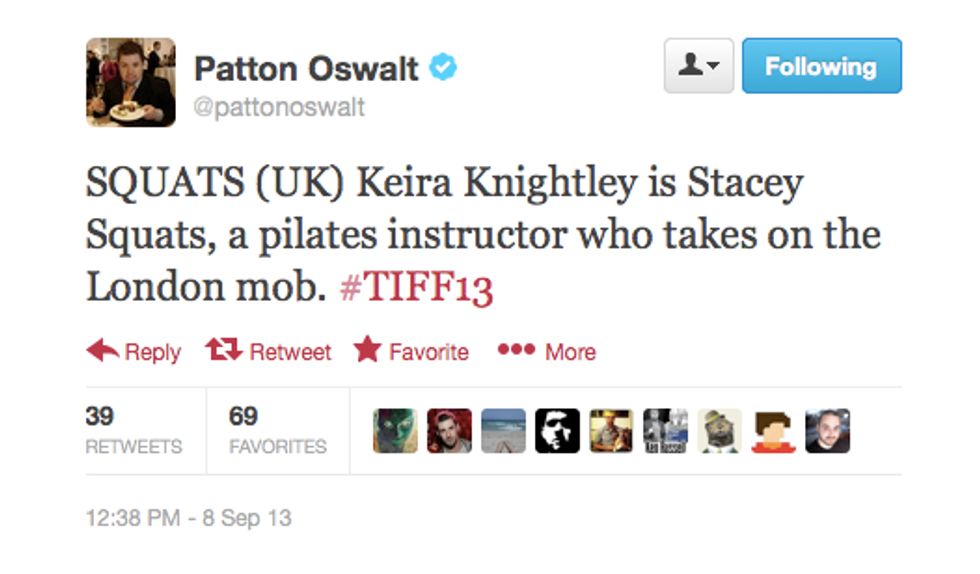 Patton Oswalt has spent much of the Toronto International Film Festival pitching fake movie ideas on Twitter and some of them are really good. We'd watch a mumblecore film starring the Duplass brothers as Batman any day. [via Uproxx] 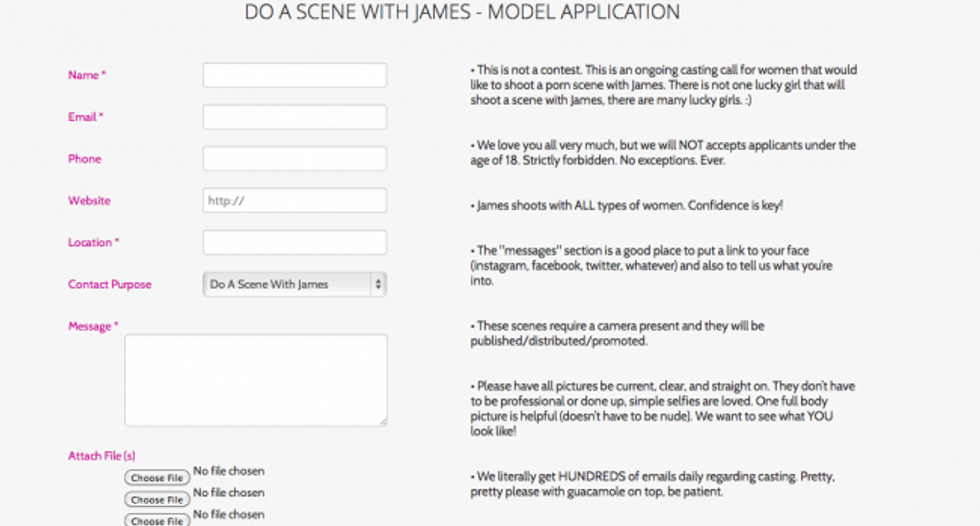 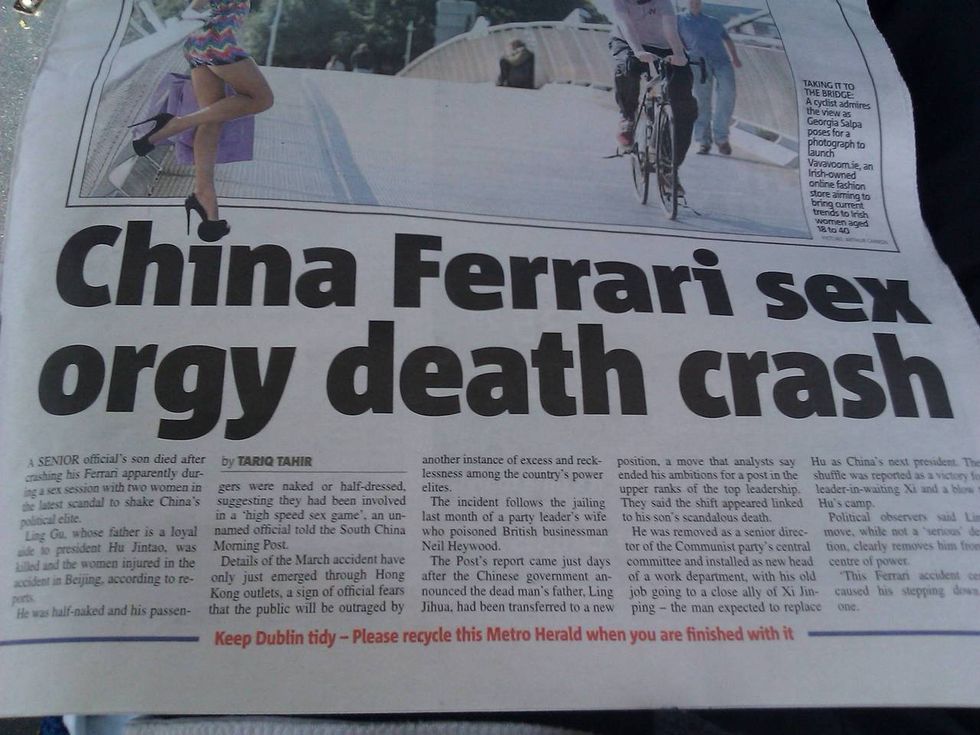 Someone please pay the writer of this headline all the money. [via Afternoon Snooze Button]

Us, on the weekly. [via mlkshk] 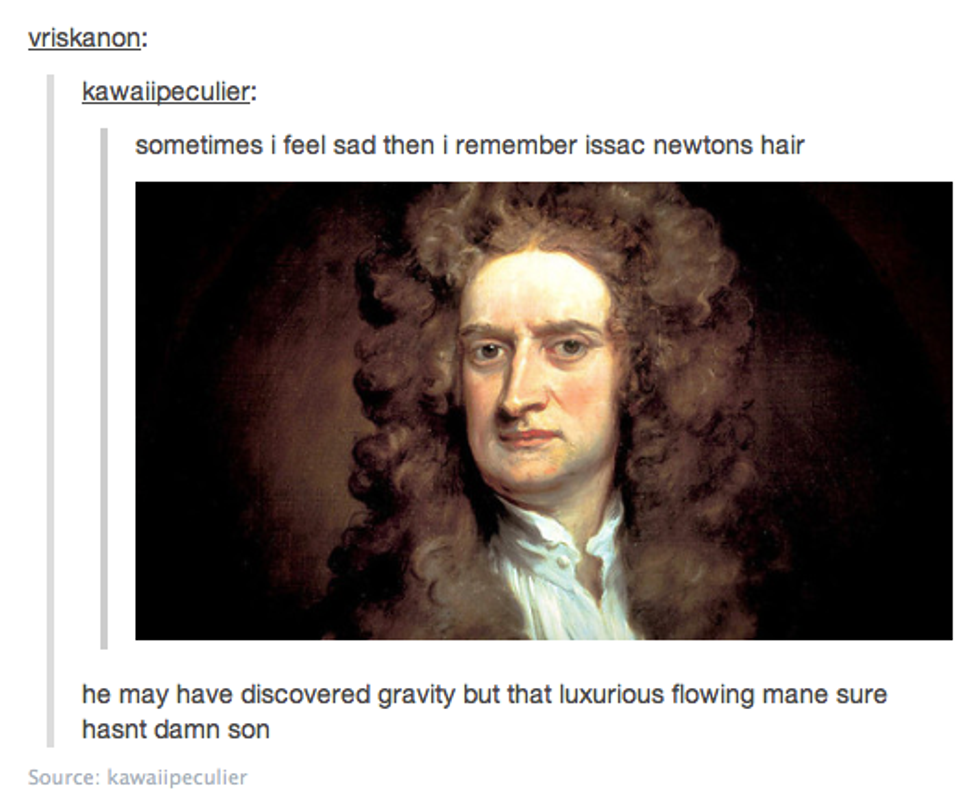 Yes, it's Monday, but it's only five more days to the weekend, baby. [via knusprig.titten.hitler]