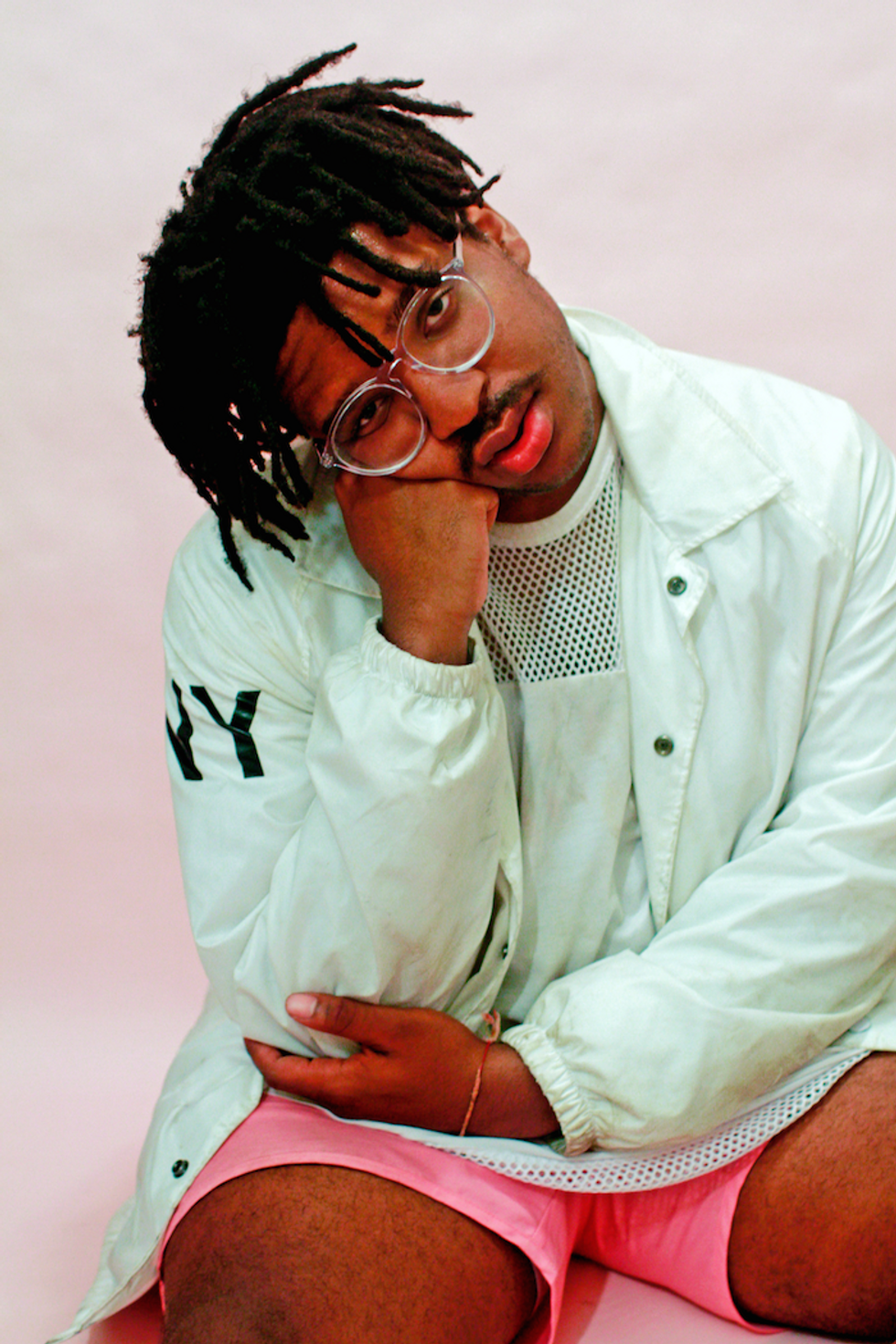 By Sandra Song
PAPERMAG
photos by Dash Romero
Awful Records's Father may be primarily known for his woozy delivery and DIY beats, but the Atlanta-based rapper, whose new album Who's Gonna Get Fucked First was roundly praised by critics, is also noted for being a vocal proponent of female agency and sexual empowerment. So in honor of his namesake day, we asked the don himself to dole out some fatherly insight via email into his sex-positive rap, and how it's colored everything from his patriarchal moniker to his admiration of the female form. Talk about a great role model -- boys, take note.
In honor of Father's Day let's maybe start with why you flipped the "Hush Little Baby" lullaby in the beginning of the title track.
It was just a nice way to juxtapose that intense-ass title "Who's Gonna Get Fucked First?" I came up with the line years ago actually, I had a full lullaby written and was planning to do a book of Awful nursery rhymes. [Plus] my girl is always nagging me about getting weed to keep her calm lol.
You've been getting a lot of critical praise for your emphasis on female sexual pleasure and empowerment, especially with lines like "You have a right to all your choices." Why did you decide to approach the album this way?
Unwarranted sexual harassment and rape has always made me uncomfortable since I was young. It's just been engraved in my mind as immoral. I've never advanced on any woman that wasn't feeling me -- it's always been mutual passion. Pussy's not that serious man, just jerk off if she's not feeling you.
A lot of the album seems to be structured around feminist themes, from the inclusion of Abra on the tongue-in-cheek girlfight parody "Gurl" to a lot of references to putting female pleasure first. Were you hesitatant to talk about these topics as a man?
Hahahahaha well, one, that song was no parody. I'm not hesitant to talk about it cause it's all real life. My life -- Awful life in general -- has been as gritty and human as say a movie like Kids. It is what it really is.
What's your take on the state of feminism in rap? Did you fear any backlash from the rap community?
I don't have much of a take on it to be honest. And I don't fear the rap community, fuck it to be honest. It's just another glass ceiling.
Talk to me about why your crew seems to put a premium on female pleasure. Was it a collective sort of decision?
Nah, "shit birds of a feather flock together, Randy," to quote the great Jim Lahey. We rarely make conscious decisions on the sort of content we put out. We're all just very like minded.
There's going to be some inevitable questions regarding our contextualizing this interview with Father's Day. After all, sex will obviously be a big theme of an album called Who's Gonna Get Fucked First? so how exactly do those themes play into your moniker? Was it a statement on how messed up the presumption of daddy issues can be for women or...?
When I took up the name it was more of a declaration of power. I cite Lil B often as an influential person in me deciding my artist name. The whole idea that "I am "Lil B The Based God" you will address me as such because that is my name," you know? People place so much power and influence in the patriarch. You don't have to like me, you may not even have to respect me, but you will hate, love and or fear me. I just want to make you feel something.
Your brand new video for "Who's Gonna Get Fucked First?" is pretty intimate (to put it lightly) -- almost to the point of anxiety-inducing claustrophobia. Why stick the viewer smack in the middle of all that? And why keep everyone faceless when you're getting so up-close-and-personal?
I'd shot that video twice before and both times they were very typical guerilla-style rap videos. I wanted something simple but more unique. Pomp & Clout were actually the ones that came to me with the pretty radical idea to shoot the entire thing with an old-fashioned endoscope.
There are a lot of visual similarities between this video and the one for "Spoil You Rotten." Was that intentional?
If it seems that way, it wasn't intentional. The only similarities were they were both shot on my bed, the blatant drug use and appeasing my oral fixation and adoration of the female form. Haha. If that's what you mean, then, yeah, those are my usual themes.
Catch Father on his debut tour next month.
You May Also Like
Famous People