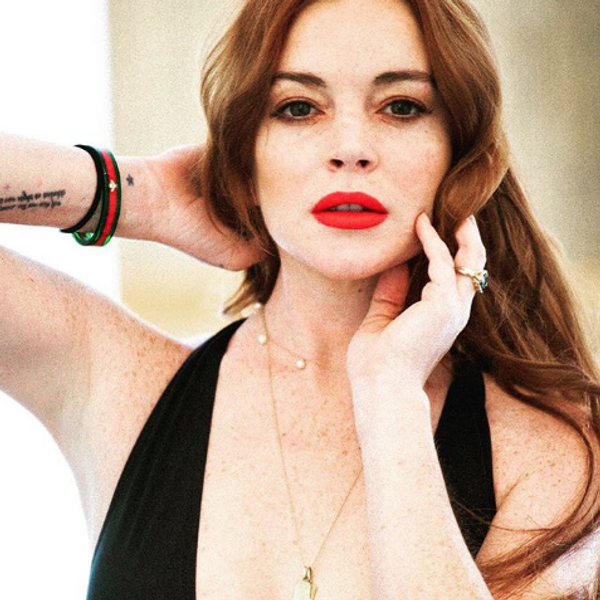 And she's a Cancer! Of course Lindsay Lohan is a Cancer. Only the most sensitive sign in the Zodiac could bring such depth of emotion to roles like Hallie Parker and Annie James, the parent-trapping twins who gave all children of divorce extremely unreasonable expectations for their parents.

And speaking of, look what she Instagrammed today! A woodcut-style image of baby Lindsay, the caption reading, "When Life stops you from going ahead, only in the eyes of the little girl you once were will you find the strength to start over."

Lohan is celebrating her birthday in Mykonos, where she operates the Lohan Beach House, a beach club. Her sister Aliana flew out to the Greek isle as a surprise.

In a recent interview with the New York Times, Lohan talked about her life outside Hollywood. She's primarily based in Dubai, and spends her time working on the business end of things: running Lohan Beach House (with silent partners), working as a spokesperson for Lawyer.com, and planning a reality show centered around the staff at the club.

Related | Lindsay Lohan Is the Face of... Lawyer.com

We all remember the mid-2000s: the court dates, the intrusive paparazzi photos, the clubbing, the drama. But Lohan wants to put it behind her. "I'm a normal, nice person. A good person. I don't have any bad intentions. And my past has to stay in the past... people have to just let go of it and stop bringing it up because it's not — it's gone," she said. "It's dead. And that's the most important thing to me."

Or, as Cady Heron once said, "All you can do in life is try to solve the problem in front of you." The limit does not exist.