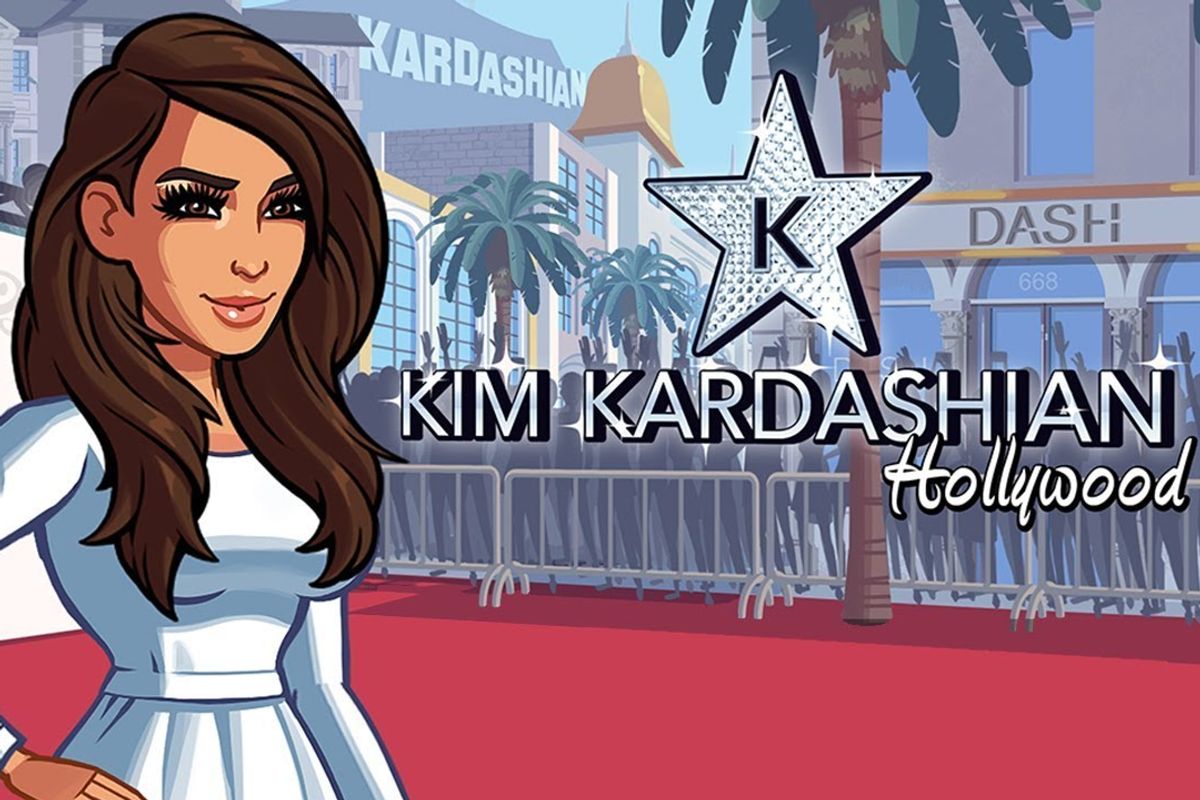 Today, we celebrate Kim Kardashian West's gorgeous, heavenly slice of...something, Kim Kardashian: Hollywood--the number one mobile game app which pretty much changed that game, and solidified Kim as one of the most successful women in tech history.

Mrs. KKW herself released a statement over the joy of her beautifully weird and silly and rapturous virtual reality:

It's been two years since the KK game launch. I've had the best time and I've learned so much from the process. My fans tag me in screenshots and I love seeing all their amazing looks. I'm excited for what's to come - lots of great new experiences.

Since its 2014, the game has been downloaded a staggering 45 millions, and has made a mind-blowing $157.8 MILLION in sales.

The game has pulled in some of Kim's staple familiars as avatars in her glossy, 2-D world, including her sisters, Khloe, Kourtney, Kylie, and Kendall (the latter two have spun off a mobile game of their own), mother Kris, Karl Lagerfeld, Olivier Rousteing, and NENE FUCKIN LEAKES.

While we praise Kim's business savvy, let us also praise the KK: H for supplying us with this truly iconic moment in Keeping Up With the Kardashians lore: