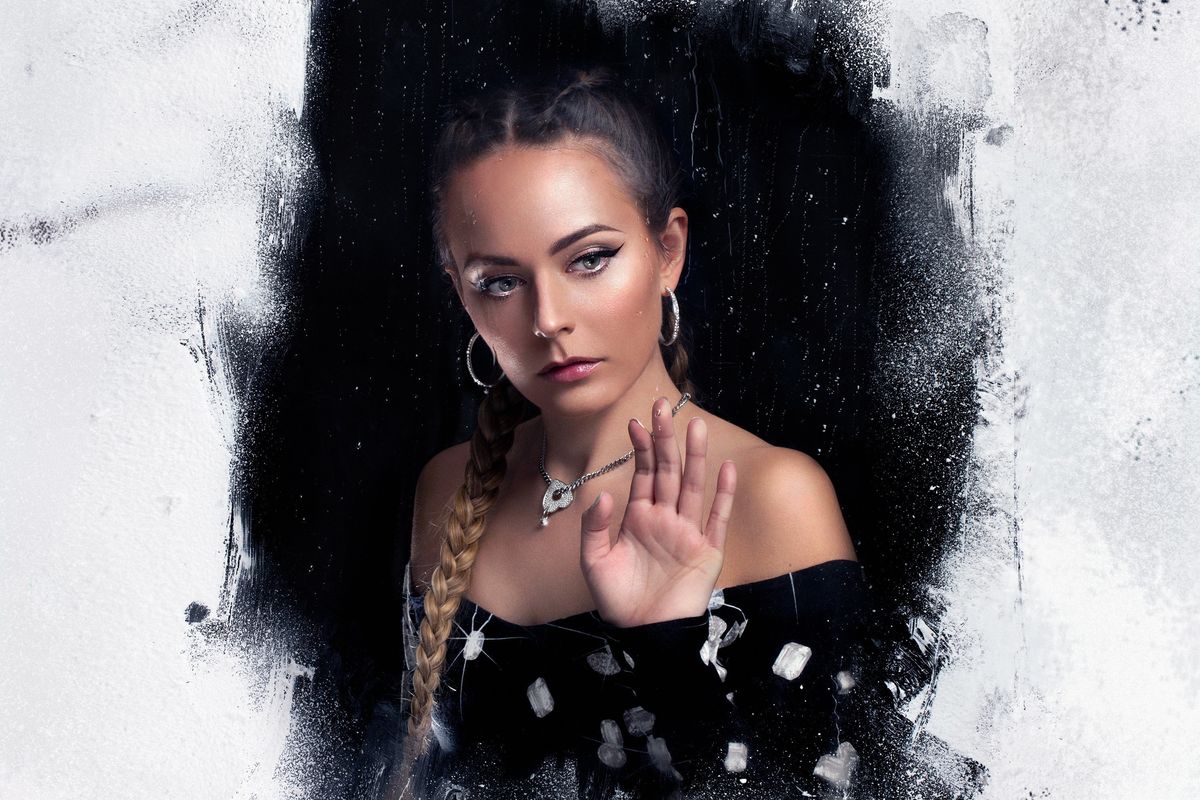 One of the original artists on the PC Music roster back in a time when Soundcloud was an exciting platform to discover new artists and a bunch of art school kids from London putting out pop music was radically transgressive, Hannah Diamond has long been a poster child for the influential net label. Early cult classics like "Pink and Blue" and "Every Night" would cemented Diamond and label mastermind A.G. Cook as a formidable duo. Now two years after her last single "Make Believe," Diamond is back from her hiatus and is finally ready to take center stage.

"I think it's maybe the saddest song I've ever written and for that reason, it feels the hardest to put out," says Diamond on her new single "True." "I feel like I'm telling everyone too much but 'True' is one of my favorite songs I've ever written so I had to put it out and right now felt like the most relevant time for me to do it."

"True" is Diamond in peak form, weaving sentimentality and emotion through a landscape of digital disconnect and jaded apathy. Her most stripped back release, the song focuses on Diamond's vocals as the star of the track with glossy synths accentuating every syllable.

"Me and A.G. [Cook] actually started writing 'True' in 2015 but it stayed as a demo for a while," Diamond explains. "I had almost a repeat experience in my life that took me back to what I was writing about when we first wrote 'True,' it became so fresh in my mind again that I rewrote some bits and went into the studio and finished it off. I'm really glad that we waited to finish it because it's even more important to me now."

With brutal lyrics like "No epiphanies/No believe in me's/No more chances wasted on nobodies," Diamond is at her most raw which is funny given that her most common critique from cynics that she's unemotional and disconnected, a pop avatar. But what most critics miss, and what "True" hammers home, is that Diamond's uncanny valley-like persona is actually an incredibly clever analogy how we experience romance in the digital age. Through artifices, screens, and static pictures, we fall in love with chat bubbles and are heartbroken by silent 'seen' notifications.

"Its important that this is my first single since 'Make Believe' because for me, 'True' is really about the all of that lovely good stuff that I felt when I put that song out crumbling before my eyes, and coming to the realization that this thing that I thought was true love really wasn't what I was projecting it to be in my mind." Diamond says about the song's genesis. "'True' is about looking back at it with a new perspective on everything."

An artist/photographer by trade, Diamond has always been meticulous about the visual story that accompanies her music. From creating the cover art to creating a new custom typeface to use in the lyric video, each detail becomes crucial in the crafting of the larger world Diamond situates herself. She explains her thought process behind "True's" cover art, "it's like I'm looking through a window from where I am now and outside its still 'Make Believe, but the world is starting to melt. I'm looking at it from a distance like I'm a different person to who I was back then."

"I know probably everyone is still gonna be like BUT WHERE's Reflections," Diamond says about her upcoming debut album that was supposed to be released earlier this year. "I totally get it, but I've been making some crazy stuff that is gonna be so amazing when it's finished." Making a case to fans for why it will be worth the wait, "the thing I'm most excited about is a video for the track 'Invisible' which I think lots of people know already because I've been playing it at shows. But I've been working on a video for it with Daniel Swan which is incredibly ambitious but so good because he's amazing at what he does! And there's another track as well which is maybe tops 'Fade Away' as being my fave!"

Watch the lyric video for "True" the lead single off of Hannah Diamond's forthcoming debut, Reflections, due early sometime next year, below: