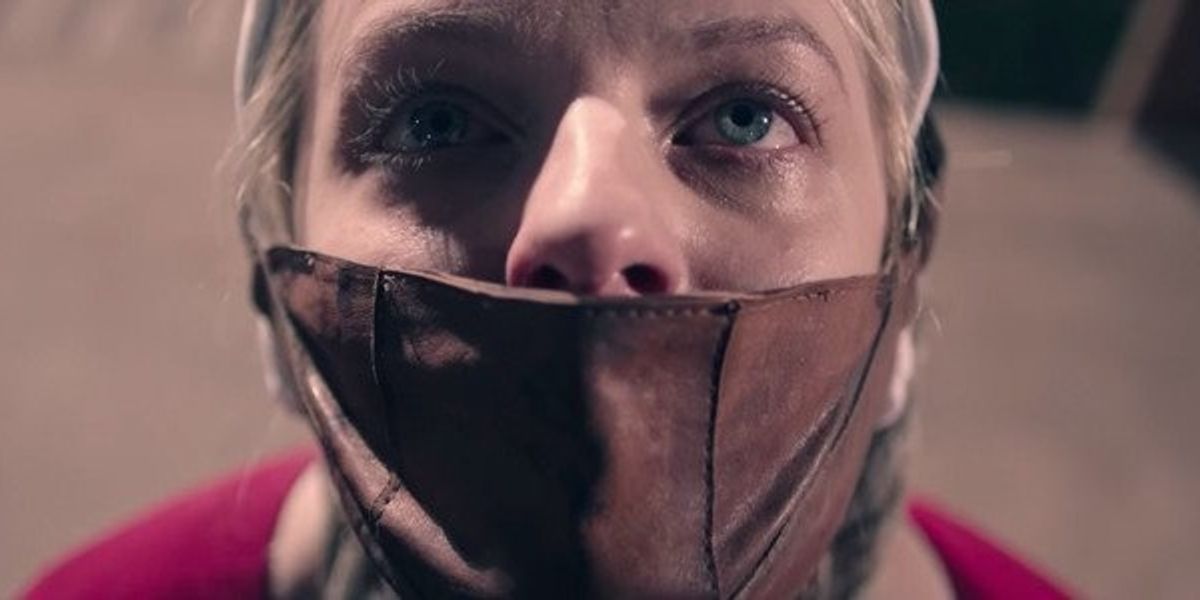 'The Handmaid's Tale' Season 2 Will Be Darker Than Ever

A haunting rendition of Buffalo Springfield's "For What It's Worth (Stop, Hey What's That Sound)" looms throughout the trailer for the new season of Hulu's The Handmaid's Tale — the ominous anti-war song is a fitting soundtrack for the show's setting, a totalitarian society where women are owned by the state, as well as our own reality as we continue to navigate the patriarchy and discriminatory government policies.

The second season's trailer addresses some major plot points; Moira (Samira Wiley) has successfully escaped to Canada while Offred/June (Elisabeth Moss) and the other women remain under Gilead's reign. Images of protest signs and a modern-looking Toronto are interspersed with dark shots of Gilead and its inhabitants. And while the source material (Atwood's novel) ended with the first season, showrunner Bruce Miller told The Hollywood Reporter, "The world can get a lot bigger. The biggest lesson is just don't be afraid to be as bold as Margaret was in the novel."

Watch the trailer, below.

The second season of The Handmaid's Tale premieres April 25 on Hulu.