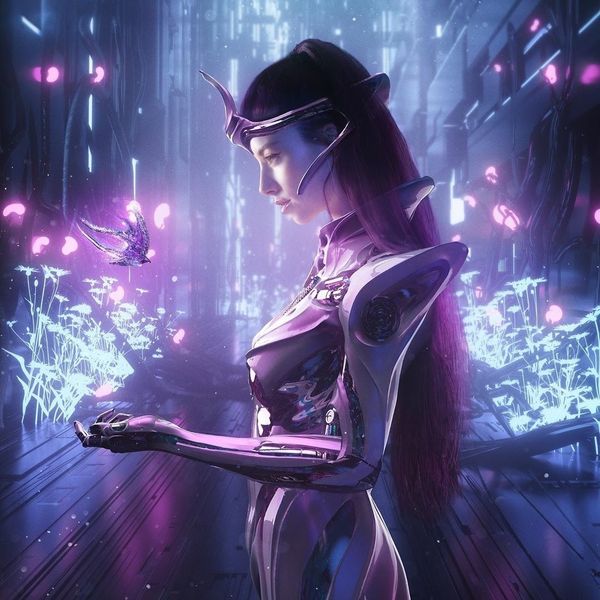 HANA Is Making an Album Live On Twitch

Welcome to the most 2019 headline you'll read today. HANA is about to embark on a weeks-long journey to complete her long-anticipated debut studio album, and she will be livestreaming the entire process on Twitch. Buckle up, stans and appreciate all of this power.

After releasing her self-titled EP in 2016, HANA has remained relatively ever-present in the ever-expanding alt-pop universe, touring alongside Grimes and collaborating with her frequently. The two teamed up most recently for their 2018 smash, "We Appreciate Power," and since then, HANA released a new single, the pulsating "Black Hole." Now, veering outside the lines of the normal creative process, HANA is about to take her music-making extremely public and straight to her streaming platform of choice, Twitch.

HANA is a regular on Twitch, having built a sizable fanbase from the platform, beyond those just interested in her music. She's ready to get down to business for her album, though, and after DJing Lady Gaga's Haus Laboratories launch party this past week, it seems like she's never been more ready. For the next three weeks, starting "next monday," HANA will be chipping away, Monday through Friday, at the production for her sure-to-be genre bending record. The project doesn't have a name yet, but the cover art speaks for itself.

In the cover, HANA is positioned curiously in a robotic armor, digi-flora and fauna surrounding her on all sides. It's a futuristic fantasy take, giving major "Panini" video vibes, sans Skai Jackson. If the detail that's been put into the cover is any indication of the intensity of the album's production, cyber pop stans are in for a wild ride.

Tune into HANA's Twitch come Monday to get the latest on all of the album action.