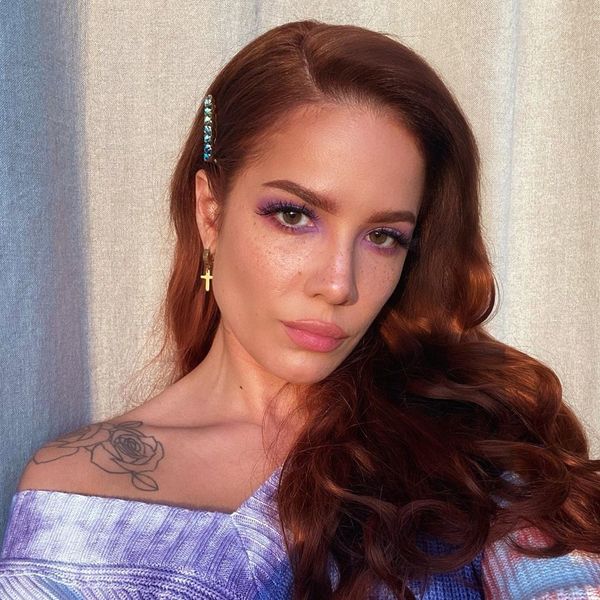 Halsey Is Pregnant Only With Pancakes

Halsey recently confirmed her relationship with X-Men actor Evan Peters, and it only took two weeks for a pregnancy rumor to emerge. The outbreak is linked to objectively hilarious paparazzi photos of Halsey rubbing her stomach, and Peters doing the same. This interpretation of the photo was probably spurred by the fact that the duo are dressed like Park Slope newlyweds.

The pop star quickly addressed the photos on social media. "Still not pregnant. Still just allergic to gluten. Still love pancakes," she quipped, following up with another tweet: "Is it a boy? Is it a girl? It's pancakes."

Some thought she responded almost too quickly. "Halsey and Evan Peters Grab Possibly a Publicity Stunt," was Page Six's take. Based on the evidence that the couple went on a date in public, the outlet suggests Halsey staged the photo to annoy Peters' ex-fiancé Emma Roberts, who he dated for seven years.

Halsey and Peters are proving to be a fun couple. For one thing, Halsey had a huge, public crush on Peters going back to 2012, when she'd tweet things like "Petition for Evan Peters to date me." They also recently killed the Halloween game, decked out in fake-moustaches and blue eyeshadow as Sonny and Cher.

As for a publicity stunt… I dream of a day when female celebrities can publicly address indigestion however they like.