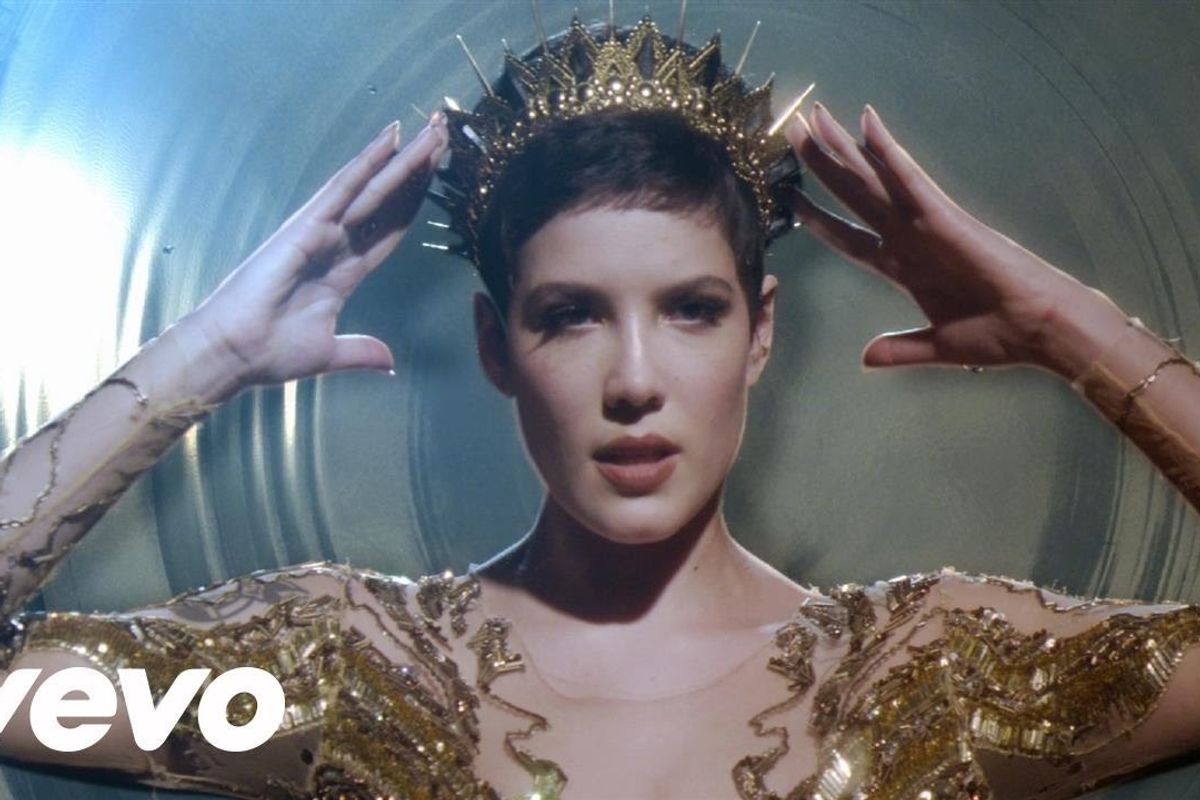 Watch Halsey Look Like a Queen in The Video For "Castle (The Huntsman: Winter's War Version)"

Everything glitter and gold.

In honor of the new The Huntsman: Winter's War film, pop singer Halsey made an alternate version of her Badlands single "Castle." On Wednesday, the video for Halsey's new, stripped-down version of the track surfaced featuring the controversial songstress decked out in glitter and gold. The "Castle" video also features footage from the upcoming film starring Charlize Theron, Jessica Chastain, Emily Blunt and Chris Hemsworth. Halsey remains a very regal onlooker throughout the visual.