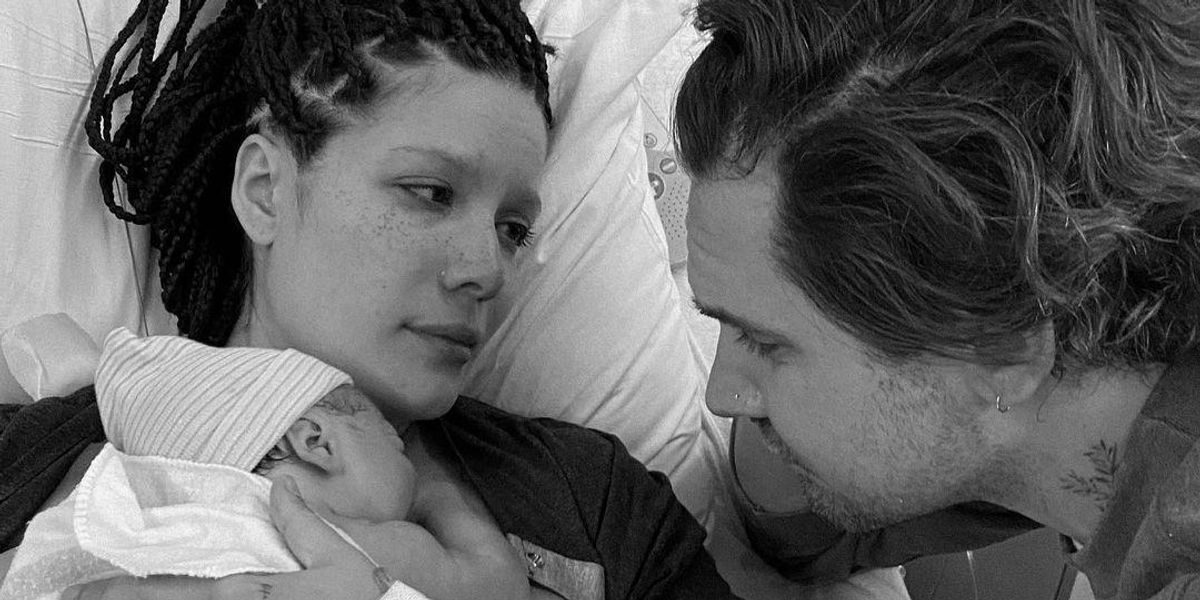 The musician and boyfriend Alev Aydin are naming the newborn Ender ("Rare" in Turkish) Ridley. The couple look like excited (if slightly exhausted) parents. "Gratitude. For the most 'rare' and euphoric birth. Powered by love," Halsey captioned the sweet black and white photos.

After revealing her pregnancy a few months ago, Halsey told fans that the baby was "100% planned," although she'd have been "just as happy even if it were another way."

Halsey, who has spoken often about wanting to become a mom, suffered a heartbreaking miscarriage in 2016, right before a live performance that she ended up going through with. She had worried in the past that an endometriosis diagnosis would prevent her from having biological kids, but that happily proved not to be the case.

The artist's fourth album, If I Can't Have Love, I Want Power, is out August 27. Produced by Trent Reznor and Atticus Ross, its stunning cover art is a visual celebration of motherhood.

Welcome to the world, Ender! A big congratulations from PAPER.