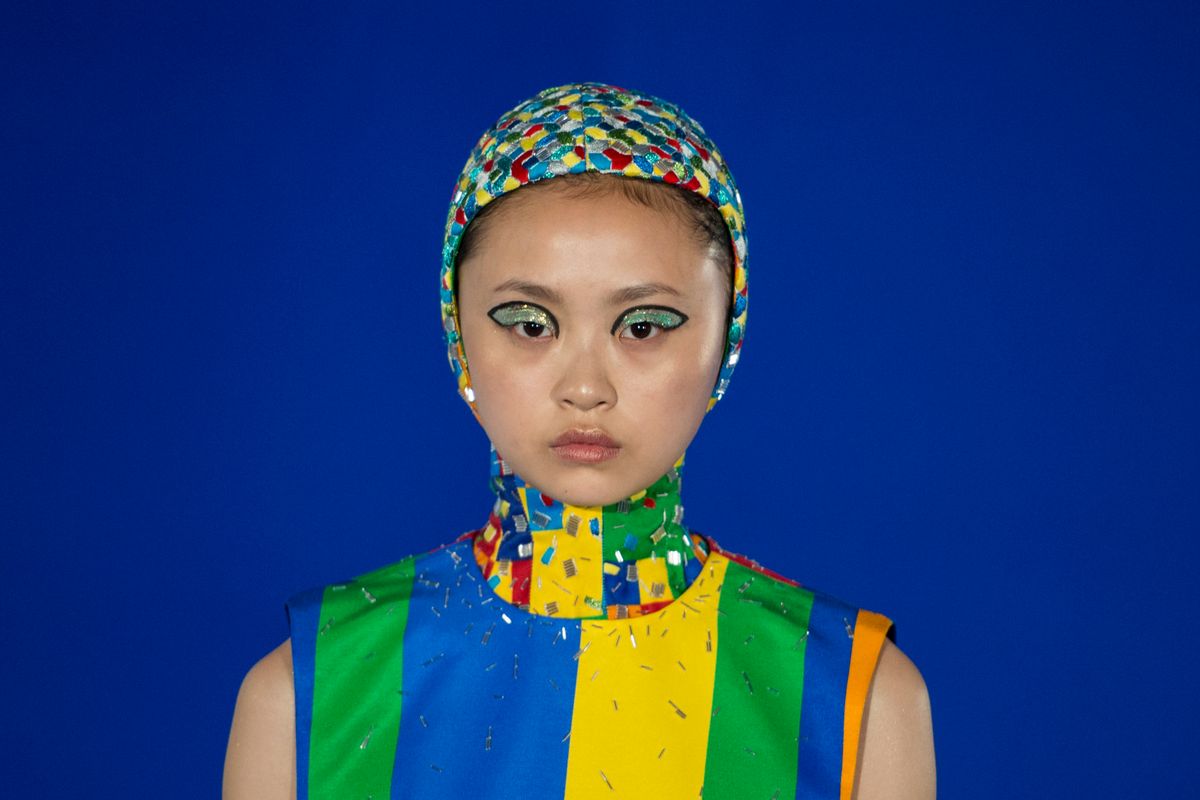 Disco isn't dead after all. A day after Nicopanda mourned the genre with R.I.P. tees and the biggest disco ball ever, Michael Halpern moonwalked into London Fashion Week with a collection bathed in glitter and glamour. But, rather than sticking to the Studio 54 vibe he's become known for, Halpern's spring 2019 show took a time machine to 1966 for a retro-futurist trip through the sexual revolution.

A Tsunami of Sequins

Sequins, sequins, sequins. From the first garment to the very last look, sequins were the shimmering backbone for the collection. Trimmed trousers, fishnet tights, and fabulous striped minidresses with slits and cutouts along the hips became sparkling beacons of sex under the weight of thousands of sequins. Even bucket hats, which had long been the domain of SoHo fuckboys, finally became high fashion headwear thanks to the glitzy material.

The kaledeoscopic colors that Michael Halpern unleashed were the perfect antidote to the drab dystopian world we're living in. Literally every color under the rainbow made an appearance on a collection of clothes that felt out of this world thanks to striped bodysuits, space-age white blazers, and cropped trousers.

If the bright colors and metric ton of sequins weren't enough, the designer leveled up his spring 2019 wares with some major Tetris-inspired shapes. Blocky geometric patterns cropped up throughout the collection and had us itching to play the classic arcade game long after the show ended.

As part of the ongoing collaboration between Halpern and the famed red-bottom shoemaker, models walked in a medley of must-have styles. While the geometric color blocking was gag-worthy, it was the sequined variety that made us want to sashay through the streets.