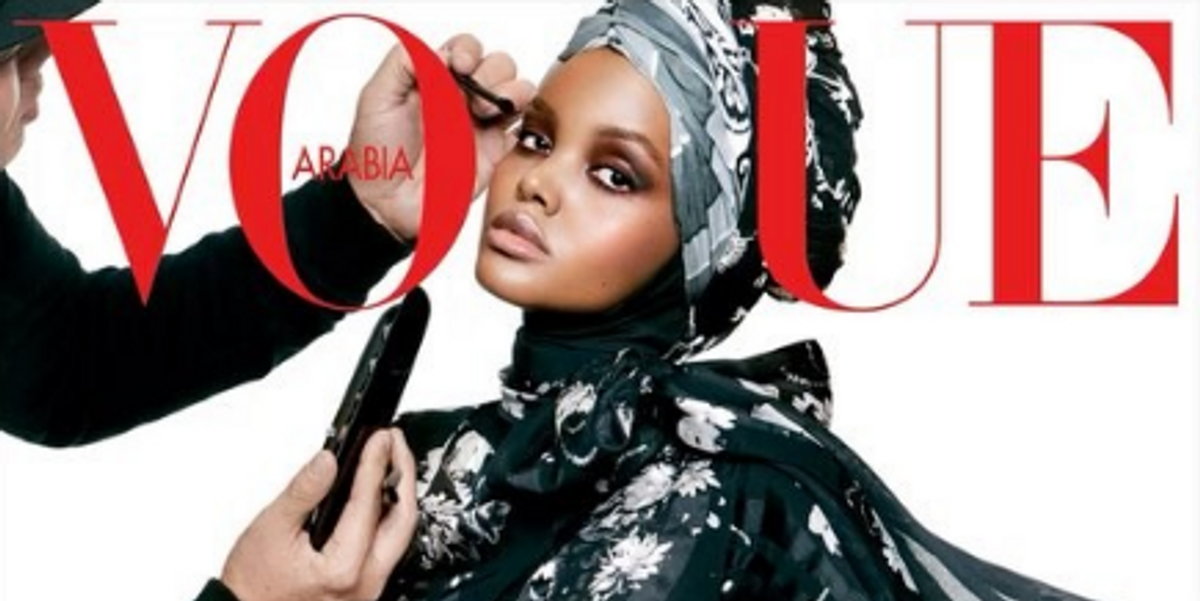 As Trump continues his crusade on Muslim-majority countries, established outlets celebrating diversity is more important than ever – which makes the latest issue of Vogue Arabia featuring Halima Aden, the first hijab-wearing model to walk the international catwalk, incredibly exciting.

This marks the former Miss Minnesota, Yeezy runway alum and Carine Roitfeld protégée first-ever Vogue cover, which is accompanied by an in-depth feature on the model titled "All Eyes on Halima" along with the tag line,"The runway star shattering stereotypes."

Muslim representation on the cover of Vogue Arabia is a step in the right direction for the publication, considering they faced mild backlash for featuring featured Gigi Hadid in a head scarf on their debut issue.

The fact young girls will have the chance to see a model they can really relate to on the cover of high fashion magazines is certainly an exciting prospect. In a video released alongside the cover image, the model spoke about embracing diversity and remaining true to your identity.

"Every little girl deserves to see a role model that's dressed like her, resembles her or even has the same characteristics as her," she says. "I think beauty is for everyone and I think everyone can look beautiful, you just have to be confident."