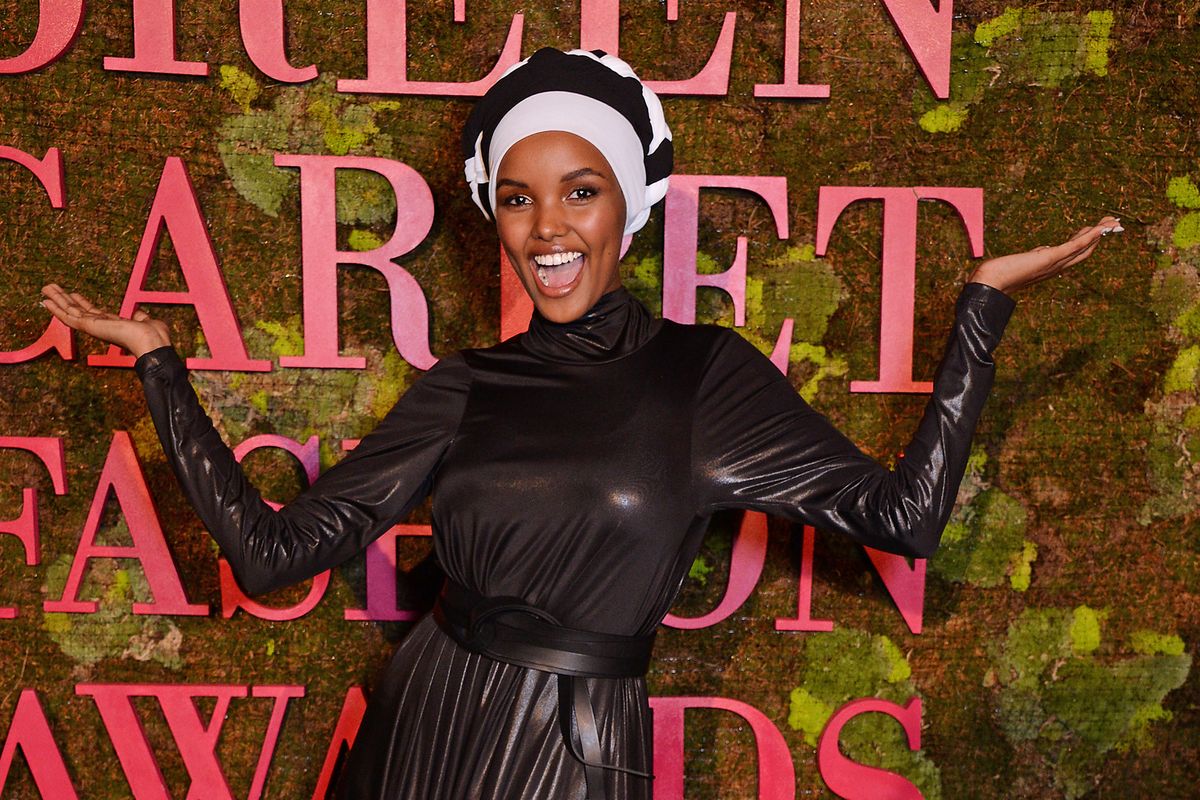 Trailblazing supermodel Halima Aden is now able to add yet another first to her illustrious resumé, as the 21-year-old, Somali-American beauty has just become to first Muslim model to appear in the famed Sports Illustrated Swimsuit issue in a burkini.

Aden — who grew up in Kenya's Kakuma refugee camp before immigrating to Minnesota at the age of seven — returned to the country's Watamu Beach for the shoot with photographer Yu Tsai. In the fabulous spread, Aden can be seen in both a hijab and the full-body bathing suit, which was originally created by Muslim-Australian designer Aheda Zanetti — and (obviously) looking gorgeous as ever.

"I keep thinking [back[ to six-year-old me who, in this same country, was in a refugee camp," Aden told Sports Illustrated. "So to grow up to live the American dream [and] to come back to Kenya and shoot for SI in the most beautiful parts of Kenya — I don't think that's a story that anybody could make up."

Halima Aden makes history as the first model to wear a hijab and burkini for Sports Illustrated Swimsuit: https://t.co/8WFD4hHmiH. pic.twitter.com/OsBthnjoLY

In a behind-the-scenes video also featured on the site, Aden goes on to talk about the importance of her big first, saying, "Growing up in the United States, I never really felt represented because I never could flip through a magazine and see a girl who was wearing a hijab."

Aden elaborated on this sentiment via her Instagram post, writing in the caption, "Being in Sports Illustrated is so much bigger than me. It's sending a message to my community and the world that women of all different backgrounds, looks, upbringings... can stand together and be celebrated." Amen.

Check out the shoot, below.

Don’t change yourself .. Change the GAME!! Ladies anything is possible!!! Being in Sports Illustrated is so much bigger than me. It’s sending a message to my community and the world that women of all different backgrounds, looks, upbringings... can stand together and be celebrated. Thank you so much @si_swimsuit & the entire team for giving me this incredible opportunity.