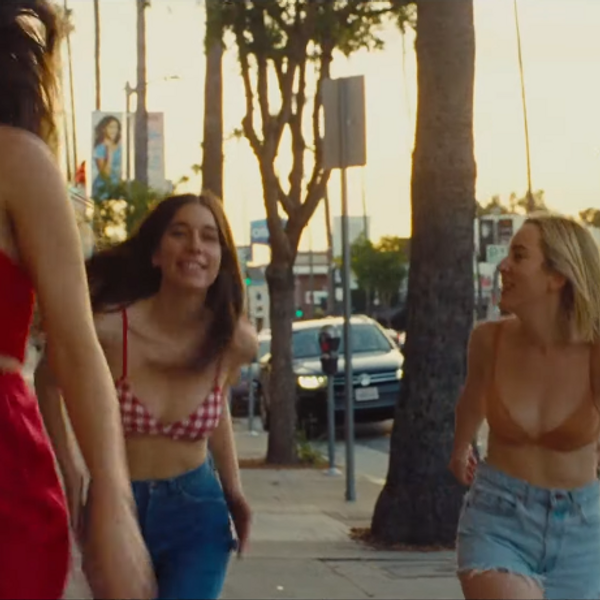 It's a HAIM girl summer, finally, and thank God. After teasing the track during recent live shows, the group just released a Paul Thomas Anderson-directed video for brand new single "Summer Girl," their first since 2017. The song and clip provide perfect heading-into-August vibes: lazy and quiet and sunset-filled. Fall is coming, but not for a little while yet.

Although the chillness is maybe slightly deceptive. On Twitter, Danielle Haim explained that she originally started writing the track when her partner (and producer) Ariel Rechtshaid was diagnosed with cancer two years ago. "I wanted it to be this light that shined on him when he was feeling very dark," she explained. Happily, Rechsthaid is now in the clear.

Rechsthaid co-produced "Summer Girl" with Rostam, who wrote the sax riff in a "couple minutes." The bassline and "doo doo doos" are inspired by Lou Reed's "Walk on the Wild Side." Dreamy.

New HAIM is good news, but sadly we might be waiting a while for an album. Danielle added that music from the band will instead be released "as we're working on it." Appropriately chill for the season.

Watch the music video for "Summer Girl" by HAIM, below.