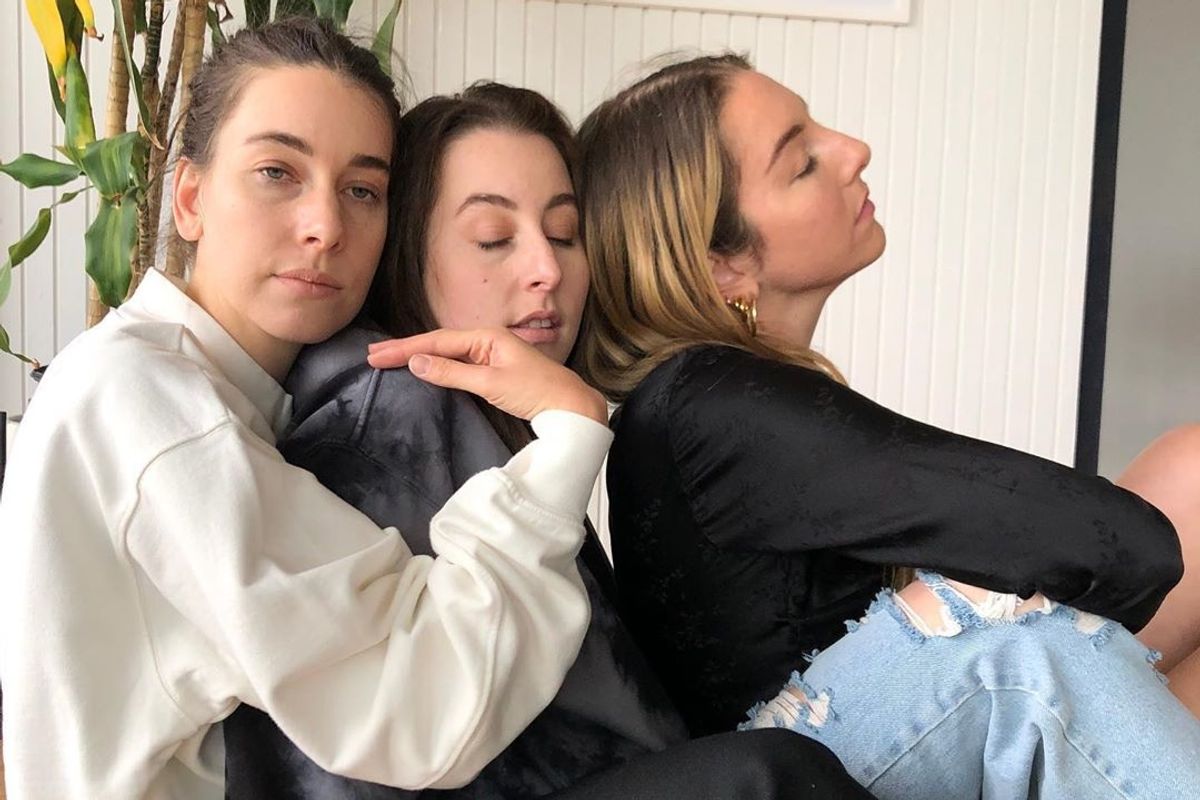 On last night's The Late Show with Stephen Colbert the three HAIM sisters brought their new single, "I Know Alone" to millions of viewers via webcam performance. Danielle, Este and Alana Haim were the show's musical guests, each tuning into the live broadcast from their respective Los Angeles homes.

Danielle is seen sitting on the floor beside her Roland keyboard, surrounded by microphones as she sings the track's lead vocals. Este and Alana are shown with similar setups and software, each using a keyboard, acoustic guitar and laptop while contributing background vocals, in-tune and on-time even when apart.

"Some things never change," Danielle sings as electronic beats and dazzling synthesized chords emanate from each of their screens, "They never grow/ I know alone like no one else does." Alana then fingerpicked an acoustic guitar solo, Danielle paused to count to four and then each Haim sister used flashing lights to create the illusion of playing in an arena.

"I Know Alone" will be featured on the trio's forthcoming new album, Women in Music Part III, their first record in almost three years, since 2017's Something to Tell You. As Danielle shared in a recent tweet, its lyrics were derived from feeling her "deepest spiral" when being alone and how currently, everything "going on alone" feels like a "ritual."

This performance is the sisters' first since delaying their anticipated album release due to the outbreak, later announcing that Women in Music Part III is indeed arriving, we just have to wait until June 26 to hear it in full.

I know alone song and video out now. ps- the original plan was to release wimpiii later on this summer well fuck th… https://t.co/PugGYSuuBS
— HAIM (@HAIM)1588177494.0