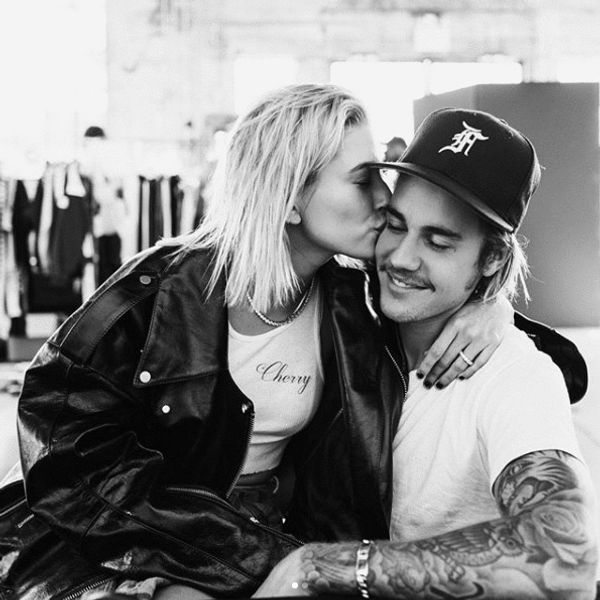 In the saga of Hailey Baldwin and Justin Bieber's shotgun engagement and whirlwind romance, the pair might have even taken it a step further than we already knew, secretly wedding among headlines of their nuptials-to-come. As we are already struggling to wrap our brains around seemingly new couple Baldwin and Bieber planning a wedding, Baldwin was seen on Monday wearing not just her engagement ring, but also a diamond band on her left ring finger — that ringer reserved for a wedding band.

This is the first time we have seen Baldwin wearing anything on that finger besides her brand new massive diamond and, while it could just be an additional gift from her fiancé, it does look suspiciously like what many would choose as the piece of jewelry signifying the actual union. Bieber was, however, ring-free, so it's unclear as to whether the pair secretly wed or are still in the midst of planning the ceremony that will come in due time.

Bieber also previously told TMZ that "getting married was the most immediate item on his agenda," so it's certainly possible that it happened without the knowledge of the general public. While there has been no official word from the couple, they have certainly fast-tracked their relationship up until now, so we don't suspect it will be long before they make their plans clear.