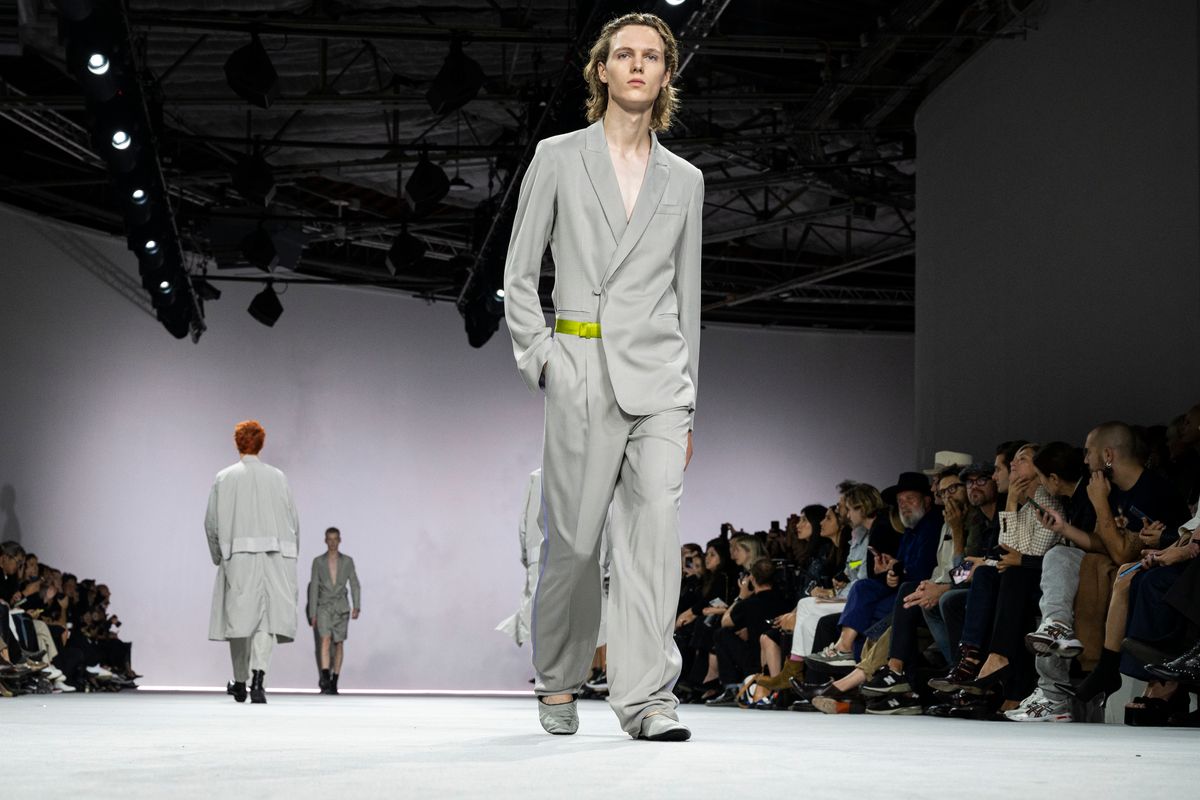 While Timothée Chalamet did not attend his go-to designer Haider Ackermann's Spring 2020 runway in Paris, the gray belted tuxedo he wore to the Venice Film Festival was deeply felt throughout the show. It served as the starting color palette of opening looks, all in that dove gray hue in everything from suits to sporty monochromatic looks. The collection also emphasized a tiny waist, with giant belts tightened around both men's and women's outfits. Known for its sophisticated-androgynous approach to dressing (Tilda Swinton is another fan), this show saw models like Bella Hadid sporting slicked back men's hairdos and thick straight eyebrows. Here's everything else you need to know about the co-ed collection.

One Shade of Gray

That particular shade of gray from Timothée Chalamet's Venice Film Festival tuxedo was seen in a number of looks from head-to-toe.

Exaggerated waists were achieved by adding in giant (and small) belts wrapped around jackets, blazers, and dresses.

Colorful bands of fabric were inserted in bias-cut dresses for a cool take on eveningwear.

Lightweight double-breasted suits and vests were designed without sleeves for the guys.

Plunging necklines, V-necks, and bare chests were another big recurring motif this season.