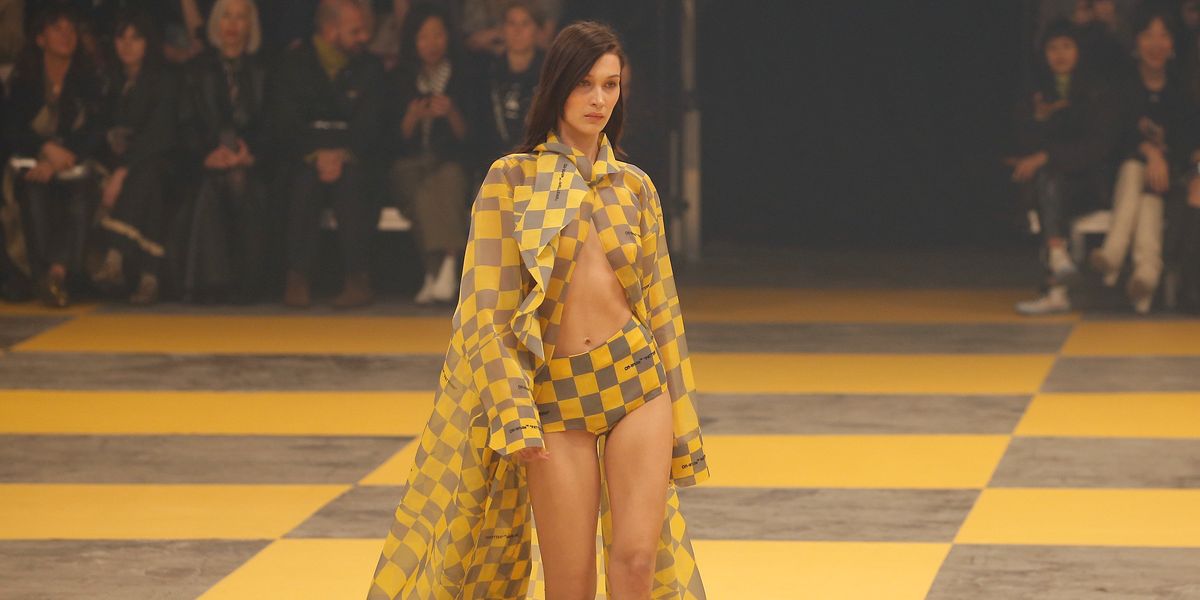 Off-White founder Virgil Abloh is something of a celebrity magnet. He first became widely known as Kanye West's creative director, and the famous follow wherever he goes — consider the front row at his last show as the men's creative director at Louis Vuitton, which featured guests like Timothée Chalamet, Frank Ocean, Takashi Murakami, Offset, and Skepta. The guy is a huge deal! So it's not really a surprise to see that for Off-White's fall 2019 show, the cast included a brigade of supermodels: frequent Abloh collaborator Bella Hadid, sister Gigi, and Karlie Kloss.

Besides the Hadids and Kloss, the Off-White casting also included longtime high fashion heavy-hitters like Mariacarla Boscono and Daphne Groeneveld. But Abloh gave a special showcase to the supers, who closed the show in dramatic, flowing looks. Kloss walked in a marigold gown, Gigi took a black, deconstructed dress, and Bella wore a two piece of sorts: checkered granny panties and a matching hooded cloak. Abloh gave a hint of the piece's construction on Instagram.

Kloss and the Hadids posed alongside Abloh as he took a lap around the runway. Quite the crew.