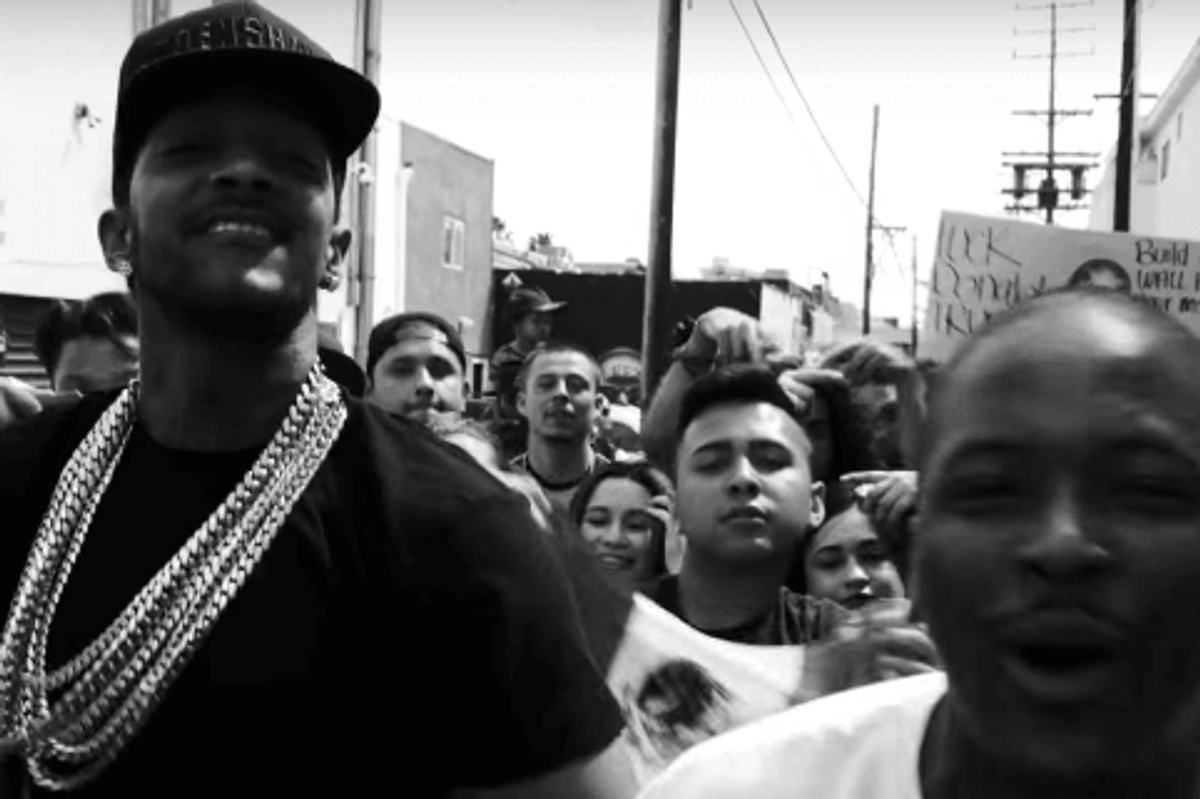 Like a good number of us, some hackers have had it with Trump. Unlike us though, these guys have the know-how when it comes to creative forms of protesting -- take a new trend sweeping small community radio stations across America, that has seen hackers breaking into broadcast signals to play YG and Nipsey Hussle's excellent anti-Donald anthem, "FDT (Fuck Donald Trump)." On loop.

And the latest hackees? South Carolina's Sunny 107.9 WFBS, whose waves were infiltrated for a solid 15-minutes of "Fuck Trump" bliss on Monday night.

According to the Associated Press, several other stations in Seattle, Louisville and San Angelo, Texas have also claimed that their signals were hacked recently. Likewise, a video featuring "FDT" reportedly also aired on cable TV in Mooresville, North Carolina last week -- which, tbh, sounds pretty awesome to us.