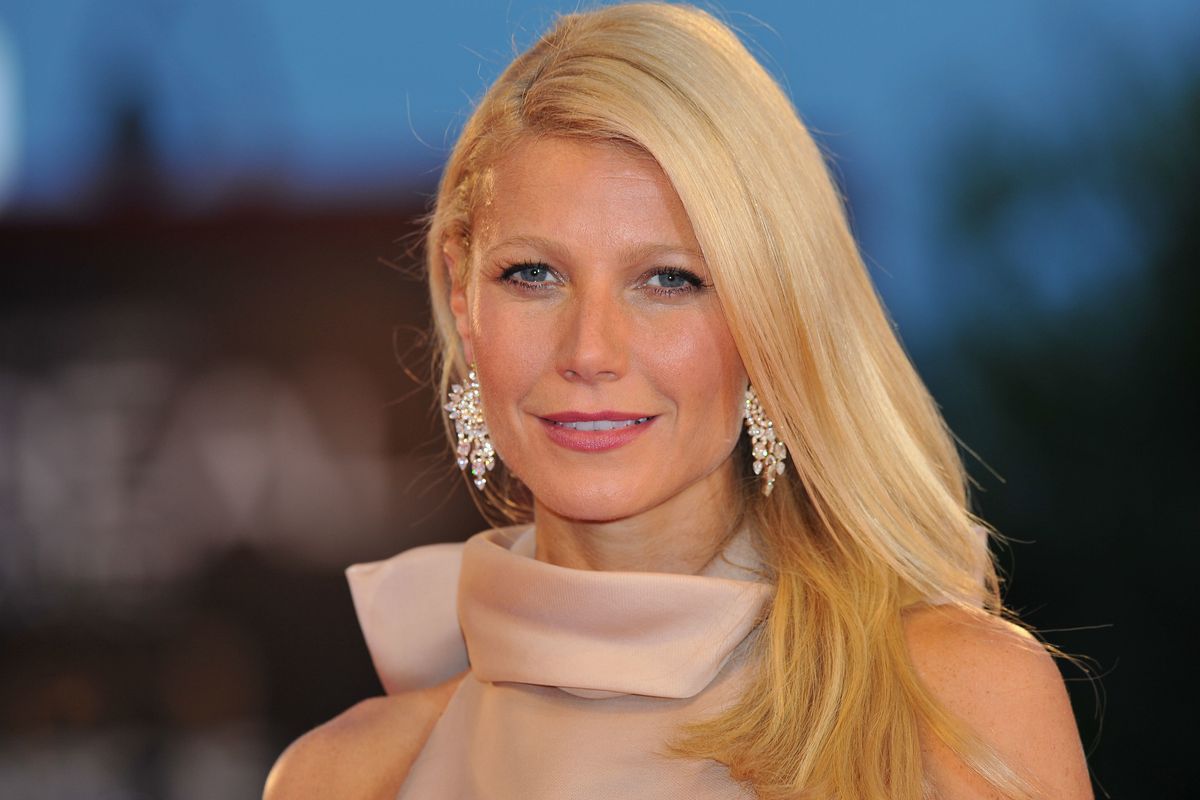 Even though the Marvel Cinematic Universe has a cast made up of approximately a bajillion of Hollywood's biggest stars, you'd think that most of them would remember each other. However, it turns out that isn't the case for poor Sebastian Stan, who claims his Avengers co-star, Gwyneth Paltrow, never remembers who he is.

Earlier today, Stan took to his Instagram to post a picture of himself, Paltrow, and fashion designer Valentino at Paris Fashion Week.

However, the shady caption definitely raised a few eyebrows. Why? "Glad I got to reintroduce myself to @gwynethpaltrow for the third time," Stan wrote, adding a shrug emoji at the end. "We are in the same film..."

Just barely managed to photobomb the great @pppiccioli and legend @realmrvalentino here... Thank you both for inviting me to my first couture show in 🇫🇷👨🏻‍🎨. Also glad I got to reintroduce myself to @gwynethpaltrow for the third time. We are in the same film...🤷🏻‍♂️ #valentino #couture 📸: @maxmontingelli

Yep. Apparently, despite playing Iron Man's Pepper Potts for more than a decade, it appears that Paltrow doesn't know who exactly plays Captain America's Bucky Barnes in the Avengers films.

Not only that, but it also turns out that this isn't the first time Paltrow's publicly pulled an "I don't know her" with Stan. As Cinema Blend notes, in a live stream from the Avengers: Infinity War premiere, Paltrow appears to ask Chris Pratt who Stan is.

GWENYTH PALTROW REALLY ASKED HER PUBLICIST WHO SEBASTIAN STAN WAS RIGHT IN THE MIDDLE OF THE INFINITY WAR PREMIERE JDKDKSJDJD PLEASE HELP ME pic.twitter.com/VXPu93rbNp

That said, Stan's not alone when it comes to being unknown to Paltrow. According to Spider-Man's Tom Holland, she doesn't remember working with him on Homecoming, which "still to this day breaks my heart."

The best tidbit from that video though? The resurfacing of Paltrow's legendary Instagram of herself, Holland, and Robert Downey Jr. for the latter's birthday.

"I love April 4th because it was the day god gave us @robertdowneyjr HAPPY BIRTHDAY, dear heart," Paltrow wrote. "Love me and that other guy in the photo."

I love April 4th because it was the day god gave us @robertdowneyjr HAPPY BIRTHDAY, dear heart. Love me and that other guy in the photo

Let's hope it was a joke?