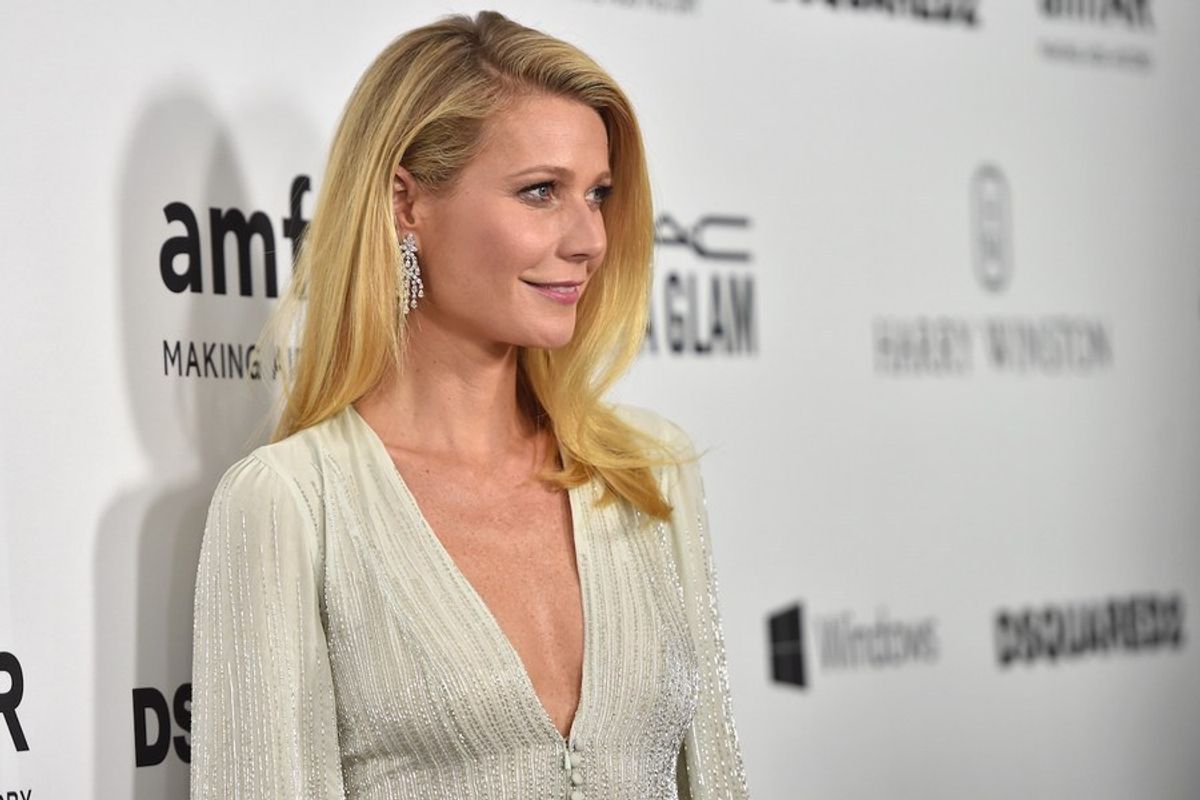 The Oscar-winner kind-of-actress dedicated her new literary offering, not only to her own children (with consciously uncoupled mate Chris Martin), Apple and Moses, but to...Blue Ivy.'

Ms. Paltrow dedicated her book to the spawn of all her dear friends, including Rob Lowe and Sheryl Berkoff's sons Matthew and John, Ryan Murphy and David Miller sons Logan and Ford, Drew Barrymore and Will Kopelman's daughters Olive and Frankie, Nicole Richie and Joel Madden's daughters Kate and Sparrow...

...and of course, my favorite, Jerry and Jessica Seinfeld's children, Sascha, Julian and Shepherd.

I was planning on dedicating my non-existent cookbook to Jessica Seinfeld, Gwyneth; you just had to go the extra mile, didn't you.

I'm not mad, though; I'm thrilled!

This is the most perfect thing I've ever heard: Blue Ivy, and the Seinfeld kids, immortalized forever in Gwyneth's cookbook for parents on-the-go.