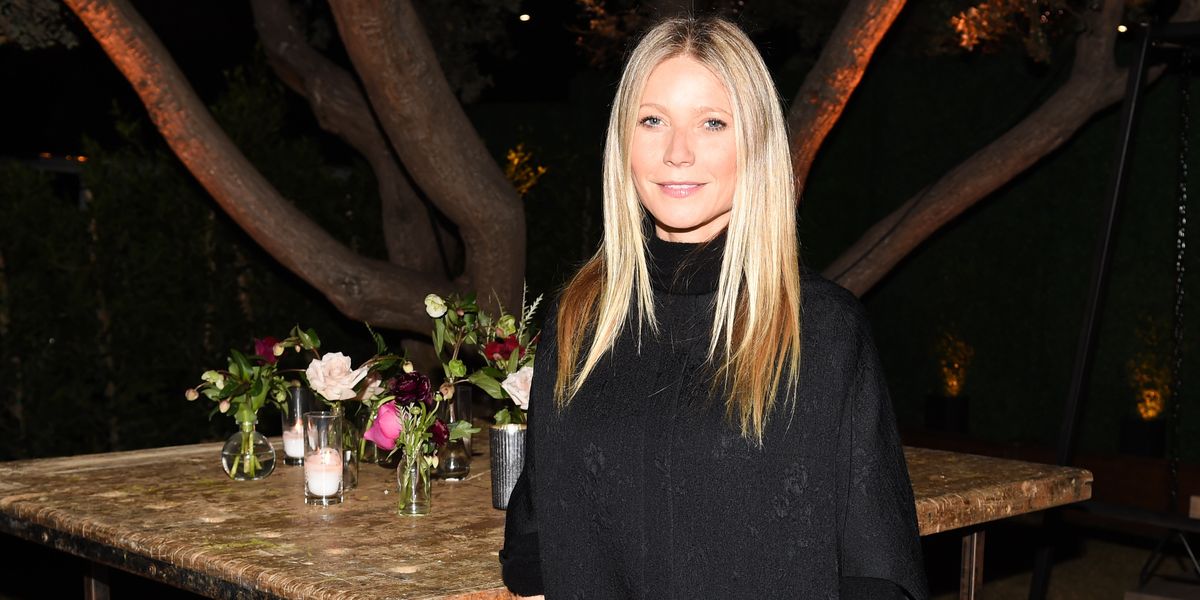 Gwyneth Paltrow either went to prom last weekend or got married. She posted an Instagram in which she's wearing a flowy burgundy one-shouldered dress and a corsage and is standing next to her fiancé (?) husband (????) Brad Falchuk. In the post, she very warmly and earnestly thanks Ryan Murphy — who co-created Glee and American Horror Story with Falchuk — for organizing an event that celebrates their love. It's the kind of effusive emotion that is generally reserved for a night spent sweating in a limousine with your longtime crush at the age of 17... and/or marriage.

The event, which took place at the Los Angeles Theater, could just have been an engagement party, but it also could have been a secret wedding, a move not surprising for a couple comprised of the queen of one of the most wonderfully dramatic lifestyle brands, and the creator of literally the most theatrical show ever. (You may be thinking that a secret wedding is a low-key option meant to keep the ceremony focused on the couples' love rather than on their massive celebrity, but when you're Gwyneth Paltrow and the media is going to explicate every mysterious clue you leave — and you leave a lot of them — a not-so-secret secret wedding is actually a super extra move.)

Gwyneth Paltrow on Instagram: “Thank you @mrrpmurphy for the most incredible evening to celebrate our ❤️. There will never be adequate words to express our gratitude.…”

Paltrow's Instagram post comes a few days after she posted pictures of her bachelorette party, which was organized by Cameron Diaz and took place in Mexico. And, she posted an image of the morning after the event, which, again, is the kind of earnest social media activity usually reserved for monumental life moments.

Though nothing has been officially confirmed, all clues point to a conscious re-coupling in my mind.