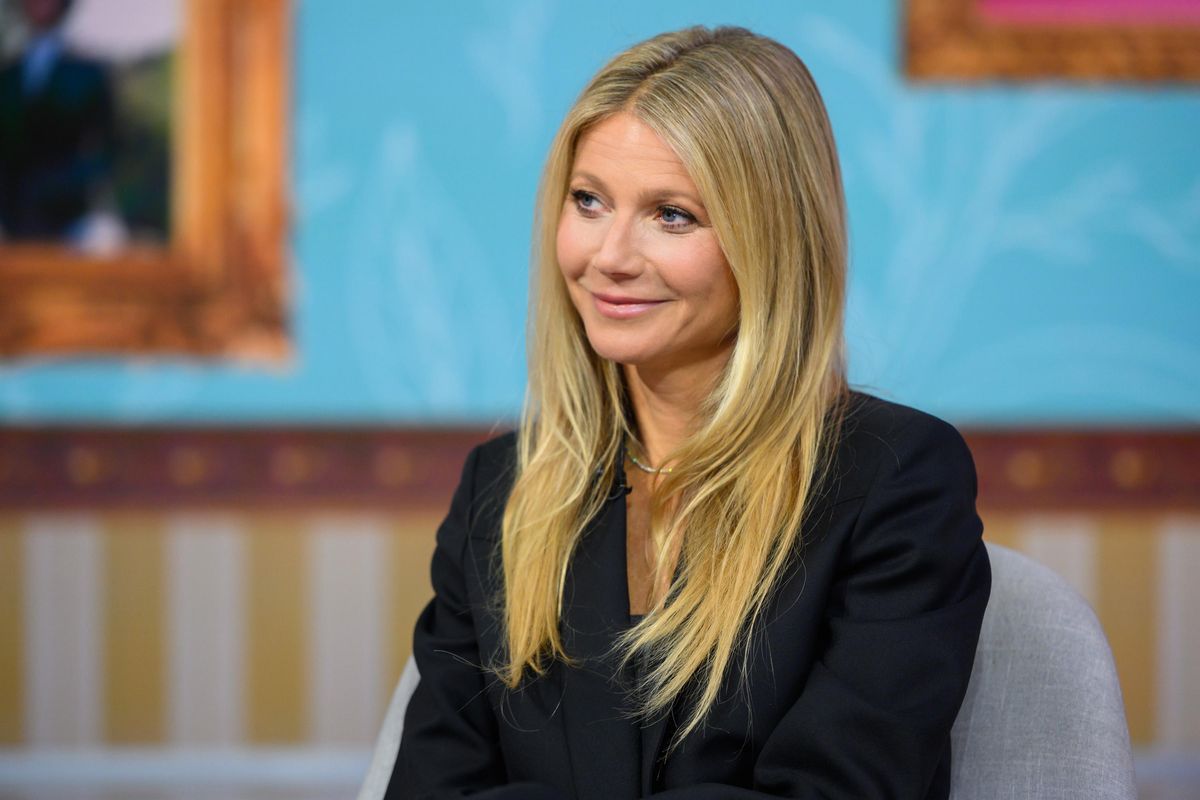 Gwyneth Paltrow is facing backlash for suggesting she helped popularize face masks in a new interview.

During a recent chat with The New York Times, the Goop founder was lauded for sharing a selfie of herself in a mask "way before face coverings became the norm."

The photo-in-question dates back to last February and shows Paltrow wearing a ventilated mask — which doesn't prevent the spread of the virus — alongside the caption, "En route to Paris. Paranoid? Prudent? Panicked? Placid? Pandemic? Propaganda? Paltrow's just going to go ahead and sleep with this thing on the plane."

However, in response to the praise, Paltrow used the opportunity to suggest she was a trend-setter in a number of different ways.

"This is a familiar pattern in my life. I do something early, everyone is like: 'What is she doing? She's insane.' And then it's adopted by the culture," she said, before adding that she was also "one of the first" people to test positive for COVID-19.

Needless to say though, the internet wasn't pleased with her "utter lack of self-awareness."

"Imagine being this level of self absorbed," as one person said, while a second added, "Imagine thinking that people are wearing masks to be like Gwyneth rather than to prevent the spread of a deadly disease. The fucking hubris."

Truly she is the gift that keeps on giving and her utter lack of self awareness. https://t.co/x8Wx0dIdYk

Imagine being this level of self absorbed 🙄 https://t.co/67l57Hzmas

Imagine thinking that people are wearing masks to be like Gwyneth rather than to prevent the spread of a deadly disease. The fucking hubris.

Meanwhile, others just rolled their eyes at the statement and wrote things like "so grateful Gwyneth Paltrow invented masks" and "Gwyneth Paltrow singlehandedly caused COVID so she could start a mask trend."

gwyneth paltrow single-handedly caused covid so she could start a mask trend https://t.co/rn6nszfSkg

And elsewhere, a few more people pointed out that many people in Asian countries have been wearing masks for much longer than her, with one critic asking, "Have you ever been literally anywhere in East Asia, Gwyneth."

"One thing miss mamas knows how to do is appropriate Asian culture and pretend she invented it," another wrote, while a third brought up a similar statement she made in the past about popularizing yoga in the United States.

Have you ever been literally anywhere in East Asia, Gwyneth https://t.co/qPzgXH0FDG

One thing miss mamas knows how to do is appropriate Asian culture and pretend she invented it.

I believe she said something similar about yoga once too 🤔

Paltrow, however, has yet to respond to the backlash.